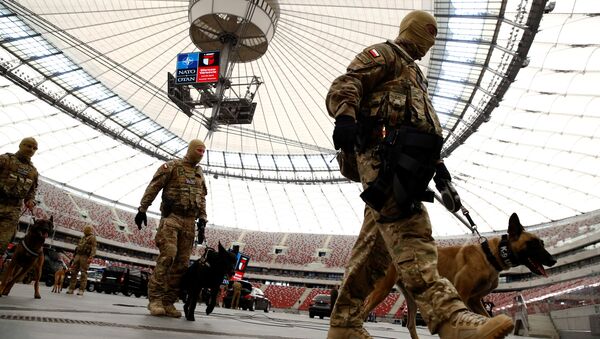 NATO will decide on the deployment of the alliance's force in Poland later in the day, the number of troops to be stationed could exceed 10,000 servicemen, Polish Foreign Minister Witold Waszczykowski said Friday.

Kremlin Expects Common Sense to Prevail in NATO's Stance Toward Russia
WARSAW (Sputnik) — The NATO summit is taking place in the Polish capital on July 8-9, while the World Youth Day, an international Catholic youth event, is due to take place on July 25-31 in Krakow.

"Today NATO will make a decision on deployment of the North Atlantic Alliance's units. Our efforts during the 17 years of membership in the Alliance have proved true," Waszczykowski said, adding that "this refers to the deployment of over 10,000 servicemen."

Since 2014, the alliance has been building up its military presence in Europe, especially in Eastern European countries neighboring Russia, using Moscow’s alleged interference in the Ukrainian conflict as a pretext.