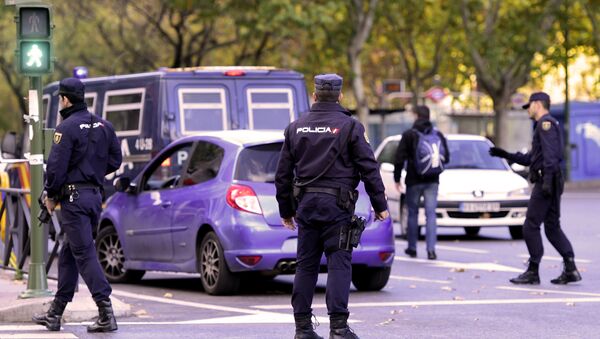 Kuwaiti Police Thwart 3 Terror Attacks Plotted by Daesh
MADRID (Sputnik) — With 27 operations conducted by Spanish enforcement agencies in 2015, 45 percent of its activity was aimed at preventing Internet propaganda while 37 percent targeted terrorist cells who recruited militants for Syria and Iraq, Spanish enforcement agents said, as they delivered a lecture at the Complutense University of Madrid.

According to the Spanish officials, the country faces no imminent terror threat at the moment.

The security situation in Europe is aggravated by the ongoing migrant crisis in the region, as extremists are feared to be infiltrating Europe among the hundreds of thousands of refugees fleeing there to seek asylum.