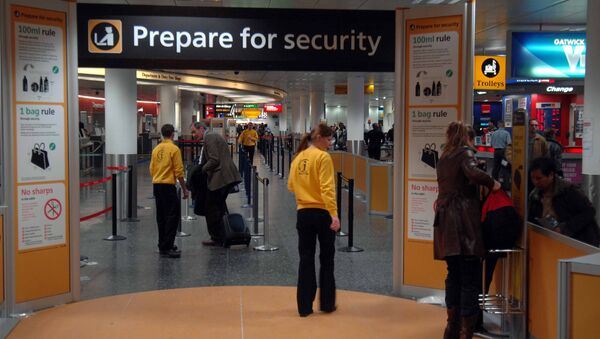 © Photo : Rex Features
Subscribe
With airports on high alert across Europe and the US, it's absolutely baffling what some passengers think is appropriate to take on board a plane, with the latest security alert at Stansted Airport in the UK triggered by an iPhone case.

Okay, it wasn't just the average screen-saving shock-absorbing case, and what a surprise, security officials almost had a meltdown when they saw the object sticking out of a passenger's back pocket.

​Luckily — for security staff and other passengers, the object was in fact an iPhone case, shaped like a firearm.

Essex police tweeted their findings, prompting quite an outburst on Twitter from people who pretty much pointed out how dumb it was to try and take an iPhone case shaped like a gun onto a flight.

The force then tweeted #dontbedaft with a warning that bringing stuff like that into an airport is likely to make you miss your plane.

Bringing this to an airport makes it much less likely you'll catch your plane. #dontbedaft https://t.co/vuRhnW9YVk

​But let's just take a quick look at just how daft some passengers can be when it comes to packing for their trip.

A women in Stockholm Sweden, apparently tried to smuggle 75 live snakes and six lizards in her bra, officials thought something was fishy when she was scratching her chest.

An Australian traveler was caught with two live pigeons stuffed down his trousers in padded envelopes — maybe he forgot carrier pigeons were meant to carry messages — and not be posted.

And a Ukranian woman was apparently caught out by customs officials after she tried to smuggle a bag of cannabis inside a sex toy.

I mean, these are daft, but as for the gun-shaped iPhone case, that really is just plain stupid.

@EssexPoliceSTN What idiot in todays world would wish to have such a case?