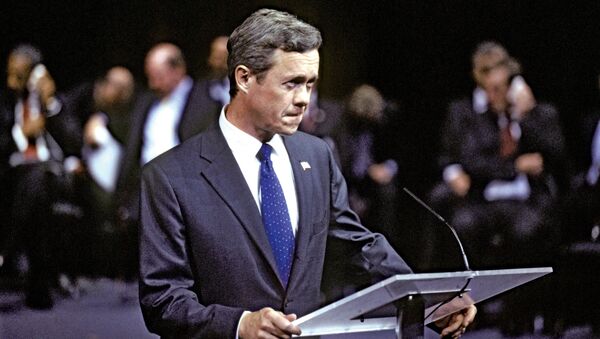 Nikolai Gorshkov
All materials
The Chilcot report on UK's role in the Iraq war has confirmed what a play "Stuff Happens" by Sir David Hare claimed back in 2004. It returned to the National Theatre for one day to mark the publication of the report.

With much of the most damning evidence already in the public ­domain, Sir John Chilcot had focused in particular on the question whether Tony Blair had given a firm commitment to back President George W Bush's decision to invade Iraq, while he was publicly saying a final decision had not yet been taken.

The play "Stuff Happens" answered that question on September 1, 2004 when this reconstruction of the events that led up to the 2003 Iraq War opened at the National Theatre in London. "Blair’s been with us! He’s been with us all along," then-US Secretary of State Colin Powell tells President Bush Jr. on stage.

"I will be with you whatever" quotes Blair’s real life message to Bush Sir John Chilcot.

The title "Stuff Happens" was inspired by the then US Defense Secretary Donald Rumsfeld's response to widespread looting in Baghdad after its "liberation" by the US-led coalition in April 2003:

The play's dialogues are heavily interspersed with direct quotes from the protagonists — members of the Bush and Blair administrations, and international figures such as Hans Blix and Dominique de Villepin.

At a turning point in the play's narrative, Blair calls Bush: "I've worked now for over eighteen months to help you on this, George, I've risked everything, I've been at your side from beginning to end…"

Sir David said that the dialogue is not "knowingly untrue," but he had to sometimes "use his imagination" to cover events that were not recorded verbatim. How on earth did he manage to come so close to reality?!

"At one level people think they know the story," Hare said back 2008, "but when they see 'Stuff Happens,' they realize they didn't."

The play presents a mix of viewpoints, including arguments for and against the invasion of Iraq, mixing verbatim re-creations of real speeches, meetings and press conferences with fictionalized versions of private meetings between the main players.

There is a bit of a gap in the narrative, as President Putin is not represented. However, he was the first to call President Bush to express his condolences and offer help in fighting international terrorism. And Russia did support the West in its military operations in Afghanistan, offering even more help than the West was willing to accept.

Iraq was another story though. And here's a suggestion of how Putin’s role could have been reflected in the play:

On a foggy October day in 2002, Prime Minister Blair stands next to President Putin in front of the assembled press at the Russian president's country residence of Zavidovo.

Blair has come to Zavidovo, 60 miles outside Moscow, to try and win Russia’s support for the overthrow of Iraqi President Saddam Hussein.

Facing the international press pack (including the author of these notes); Blair looks excited and speaks very eloquently about the threat that Iraq's WMD, especially the chemical weapons, present to the world.

He refers to a dossier on Iraqi WMD prepared by British intelligence at his behest, and he appears to passionately believe in the dossier's claim that Saddam could deploy weapons of mass destruction against the West within 45 minutes if he wanted to. 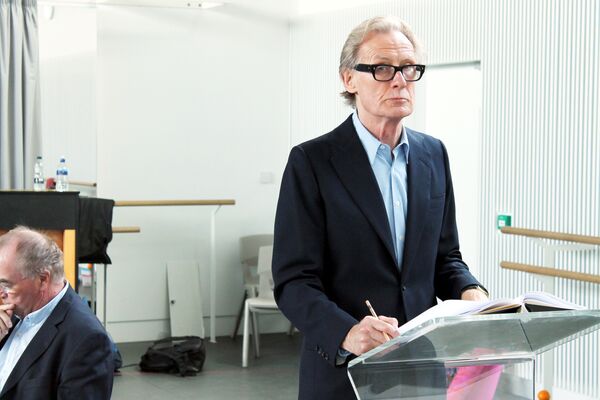 Actor Bill Nighy as narrator during the rehearsal of the Stuff Happens play.
© Photo : Atri Banerjee

Putin listens to Blair with a skeptical air about him. With a wry smile, he politely dismisses the dossier as unconvincing. "We have no such intelligence," says Putin. His position is rules based: unless UN weapons inspectors find proof of the British claim there is no case for intervention in Iraq.

Away from the prying eyes of the press, Blair is said to have offered Putin a deal: support for US-led action against Saddam in exchange for preferences for Russian oil companies in a post-war Iraq. Putin does not bite the bait. He knows that Haliburton will get in first. He has better intelligence.

But Blair had already made a promise to Bush. "We walked in the woods and we made a deal," he tells his head of communications Alastair Campbell in the play. The walk in the woods happened in early April 2002, well before the vote in the British Parliament. "Bush has used you," retorts Campbell.

"We went into a coalition with the Americans for influence, you said. What influence? Bush wants you name on the notepaper, that's all."

Fast forward to 20 March 2003, the day when the US-led coalition invaded Iraq. Putin goes public with his assessment of the war as a "grave political mistake." A whole region is facing a humanitarian and environmental catastrophe, Putin says. And the established system of international security is in danger of unravelling.

"The vast area of instability that has arisen will grow and cause negative consequences in other regions of the world." 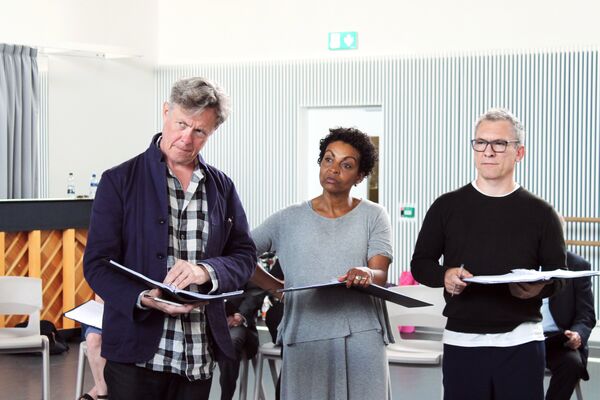 As it turned out, British intelligence had no proof of the claim that Saddam was capable of attacking other countries with WMD. Including the 45-minute claim in the infamous “dodgy” intelligence dossier on Iraq’s weapons was “asking for trouble,” Blair’s former ­security co-ordinator Sir David Omand told the Chilcot enquiry. He described it as a “bit of local color,” which was used because there was ­little other detail that the intelligence services were happy to be included in the dossier.

Indeed, at the very start of the hearing, in November 2009, Chilcot was told by Sir William Ehrman, the Foreign Office’s director general for defense and intelligence between 2002 and 2004, that days before ­invading Iraq the UK received intelligence that Saddam may not have been able to use chemical weapons.

It is still a puzzle, how Sir David Hare managed to get his play so close to the real story behind closed doors when it was shrouded in so much secrecy, until Sir John Chilcot brought it into the open. How did the actors rehearsing the play after the release of the Chilcot Report feel?

"Playing Tony Blair during the period chronicled by David's play was both exciting and exhilarating as an acting challenge," Julian Sands who played Tony Blair told Sputnik News.

"… the intensity and brilliance of the language and construct of the play, require absolute focus and presence… but given the importance of the release of the Chilcot report, the resonance and relevance of the play was incredibly heightened, and the sense of 'being Blair' was spookily strange. l was not seeking to impersonate him but to channel him through David's words and the sequences where his 'actual' words are used.

"When watching Blair in the interview he gave, l confess to a little schizophrenia."

With five years of hindsight, Hare summed up the situation in Iraq in an interview with the Toronto Star back in 2008:

"But if you wanted to establish an American presence in the Middle East, then it succeeded brilliantly."

Stuff happened – on stage and in real life. 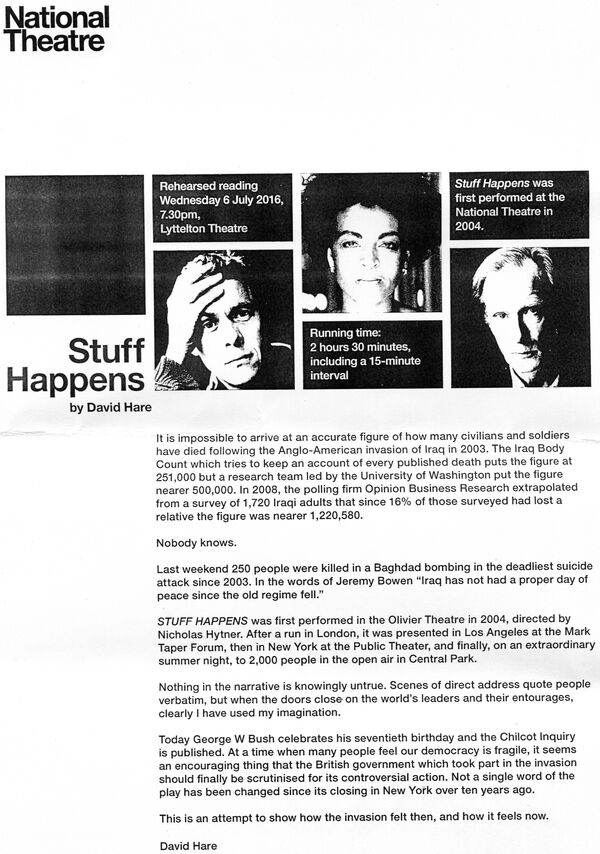