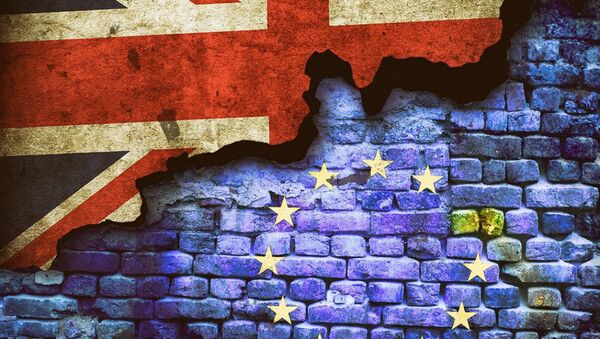 According to the head of Montenegrin Liberal Party, the UK's decision to leave the EU served as a reminder that the bloc should continue the road to enlargement and closer ties.

'Our Brexit Was 25 Years Ago': Ex-Yugoslav Politician Hears Echoes of 1991
MOSCOW (Sputnik) — The United Kingdom's decision to leave the European Union delivered a shock that served as a reminder that the bloc should return to its core value of European unity and continue the road to enlargement and closer ties between nations and economies, the president of the Liberal Party of Montenegro, Andrija Popovic, told Sputnik on Thursday.

"We believe that the plebiscite of British citizens will be a powerful impulse that Europe and its political leadership lacked. It seems that some have forgotten what is the main mission and vision of [the] EU, and I believe that Brexit was a sobering shock," he said, adding that the EU leaders will probably realize that "the EU needs to continue [on] the road to enlargement and strengthening of relations between the peoples and economies throughout Europe.“

As a would-be-NATO member country and the fastest growing economy in the West Balkan region, Montenegro has very good chances of joining the European Union in five years, Andrija Popovic said.

"Montenegro has, as a de facto NATO member and the fastest growing economy in the region, the best chances for [becoming] the next member of European Union. I personally believe that it will occur at the beginning of the next decade of the 21st century, precisely after 2020, around five years from today,“ Andrija Popovic, who is also a member of the Montenegrin Parliament, stated.

Following the British decision to back a UK exit some Montenegrin politicians voiced concern that the move may cause delays to prospective members’ accession talks with the bloc.

London Authorities Reject Proposal to Lower EU Flag After Brexit Referendum
On Monday, French President Francois Hollande, German Chancellor Angela Merkel and EU foreign policy chief Federica Mogherini held a meeting with leaders of a number of Balkan countries in Paris, where they underlined the bloc's determination to continue the accession talks despite the United Kingdom's vote to leave the union.

Creating new divisions and boundaries is "absolutely retrograde in a globalized world," Popovic, who is also a member of Montenegro's parliament, stressed, adding that "Europe should ensure less bureaucracy, stronger institutions that will create common policy, a Europe that will have one policy, one market, live with one heart and breathe with one lung."

Montenegro officially applied to join the European Union in late 2008 with the accession negotiations starting four years later. Currently 24 out of the 35 negotiation chapters needed for accession to the bloc have been opened.