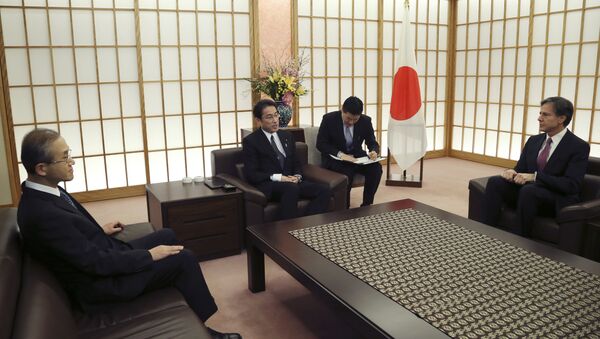 © AP Photo / Koji Sasahara
Subscribe
The United States is hosting a trilateral meeting with the deputy foreign ministers of South Korea and Japan in Honolulu, Hawaii next week, the US Department of State announced in a media note on Wednesday.

WASHINGTON (Sputnik) — The meeting will be the fourth round of deputy-level trilateral consultations to maintain close coordination with the two main US allies in the Northeast Asia on shared regional and global priorities, according to the State Department.

Japan and South Korea continue to express strong distrust of each other dating back to Japan’s harsh occupation of the entire Korean peninsula as a colonial power from 1910 to 1945. The US government has stated it continues to try to reduce tensions between its two allies.