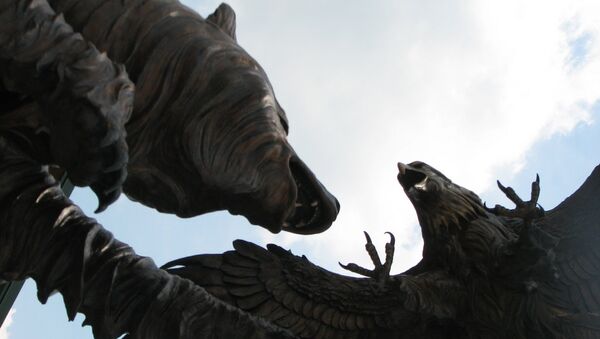 2016 Tourist Season Lost for Turkey Despite Improving Ties With Russia
Washington should learn a lesson from the current thaw in Russian-Turkish ties and "restore its working relationship" with Moscow, according to Doug Bandow, Senior Fellow at the Washington-based Cato Institute and Former Special Assistant to President Ronald Reagan.

Bando's remarks were reflected in his article, which was published by Forbes magazine and titled "Turkey makes up with Russia; America also needs to end the new Cold War with Moscow."

The article came more than a week after Russian President Vladimir Putin had a telephone conversation with his Turkish counterpart Recep Tayyip Erdogan, during which they agreed to hold a personal meeting later this year.

Even earlier, Erdogan had expressed his regrets over Turkey's downing of a Russian warplane last year in a letter to Putin.

Bandow, for his part, hailed the Russian-Turkish thaw, saying that "reducing tensions between the two is good for them and the region, as well as for the US and NATO." According to him, "a conflict between Moscow and Ankara over the Syrian civil war would be simple madness."

He pointed out that the restoration of Russian-Turkish ties is "a very positive development and one Washington should learn from; if Turkey and Russia can make up, so can Washington and Moscow."

He was echoed by Professor Andranik Migranyan of the Moscow Institute of International Relations, who underscored the importance of a wider terrorism-related partnership between Russia and the Western countries.

In an interview with Sputnik, he specifically pointed to the deadly terrorist attack in an Istanbul airport on June 28, when at least 44 people were killed and 239 more injured.

"If our Western partners cooperated more with the Russian special services, this terrorist attack on the Istanbul airport could have been prevented," Migranyan said.

For his part, Horst Teltschik, the former national security advisor to former Chancellor Helmut Kohl and former chair of the Munich Security Council, said in a separate interview with Sputnik that he fully supports German Foreign Minister Frank-Walter Steinmeier's stance on Russia.

"Russia plays an important role in ensuring global security, and the West should recognize it," Teltschik said, warning against the deployment of elements of the US missile defense shield in Europe.

According to him, "Russia shows the world that it remains a major a global player, on par with the United States or China."

Master of Syrian Skies: Russia Showed US 'Who is the Boss' in Mideast
Speaking at the close of NATO's Anaconda 16 drills in Poland, Steinmeier warned the alliance against saber-rattling, and urged its members to work together with Russia for the security of Europe.

"What we should not do now is inflame the situation with loud saber-rattling and war cries," he told the German newspaper Bild am Sonntag.

The Anaconda 16 exercise was conducted in Poland from June 7 to June 17. It involved more than 31,000 participants from 24 countries, making it Europe's largest military exercise since the end of the Cold War.

The war games came ahead of NATO's summit in Warsaw on July 8-9, at which the alliance is expected to announce more of its military build-up in Eastern Europe.