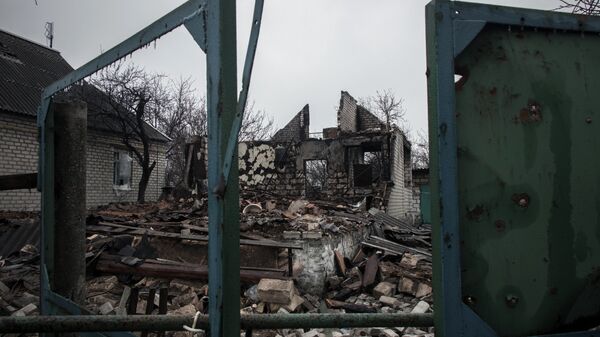 Russia relies on France and Germany to influence Kiev to prevent Donbas military scenatio, the Russian Foreign Ministry said in a statement Wednesday.

Russian Emergencies Ministry to Deliver 53rd Aid Convoy to Donbass
MOSCOW (Sputnik) — Moscow hopes Berlin and Paris will be able to influence Kiev in order to prevent military scenario in Ukraine's region of Donbas, the Russian Foreign Ministry said in a statement Wednesday.

Earlier in the day, Russian Deputy Foreign Minister Grigory Karasin met with German Ambassador to Russia Ruediger von Fritsch and with French Ambassador to Russia Jean-Maurice Ripert. During the meeting, the diplomats discussed a wide range of issues, focusing on settlement of the conflict in Ukraine.

"Moscow hopes that French and German partners will be able to use their influence on Kiev in order to prevent a military scenario that could result in serious destabilization in the region," the statement said.

The statement added that Russia was concerned about Ukraine's military activities near the line of contact separating Ukrainian government forces from pro-independence militia in Donbas.