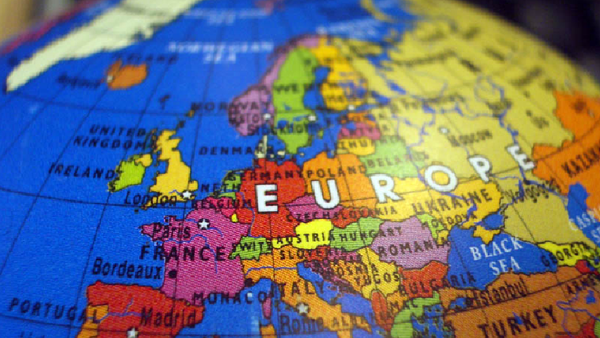 © Flickr / gingerbeardman
Subscribe
Russia should be integrated into a new collective peace and security system which will add significantly to a more stable Europe, Sarah Wagenknecht, member of Germany's Left Party, told Sputnik.

In Wake of Brexit NATO Summit Turns Into 'Crucial Test of Coherence'
In an interview with Sputnik, Sarah Wagenknecht, a member of Germany's Left Party, called for her country to withdraw from NATO and create a new collective security system of which Russia should be a member.

The interview came ahead of the NATO summit which kicks off in Warsaw on July 8.

According to Wagenknecht, "NATO is increasingly becoming an alliance of war" which is under the influence of the United States and poses a "concrete threat" to Europe's peace and stability.

She said that the Left Party does not want such a dangerous development, which is why the party proposes an alternative.

"We stand for the idea once offered by Willy Brandt. This is related to the creation of a collective security system, which will proceed from the assumption that that peace and security in Europe is only possible in cooperation with Russia, not without it," Wagenknecht said.

Asked about how Russia could be integrated into such a system, she called for Russia's full-fledged membership.

"Russia should become a member of this new structure. In addition, the focus should be placed on the peaceful resolution of conflicts through dialogue and discussions, something that runs counter to the policy on Russia pursued by Western countries in recent years," she pointed out, citing anti-Russian sanctions and Russia's exclusion from the G-8 group.

Separately, Wagenknecht mentioned a video earlier posted by the Left Party on YouTube, which drew parallels between NATO and reptiles, a clear reference to the alliance's recent war games codenamed Anaconda.

"Apparently, NATO would like to identify itself as anaconda. And in this vein, the Anaconda drills can be seen as preparation for a possible war, which is provoked by the United States for boosting its clout in Europe," she said.

Wagenknecht added that by calling for the creation of a collective peace and security system, the Left Party wants Germany to do "what France has done for many years, namely, the withdrawal from NATO."

Europe Should 'Make a Break From US' to Avoid Austerity, Re-Embrace Russia
Meanwhile, the two-day NATO summit is expected to formally approve the deployment of the alliance's four battalions in Poland, Lithuania, Latvia and Estonia. Discussing ways to deter alleged Russian aggression will also be high on the agenda.

As for the Anaconda-2016 drills, they were held in Poland last month and involved a total of 31,000 troops from 24 countries as well as about 3,000 items of military equipment.

With this largest war games since the end of the Cold War-era,  NATO seeks to demonstrate that it has taken Eastern European countries under its protection, sending a signal of deterrence to Russia, according to the German newspaper Süddeutsche Zeitung.