How Netanyahu Plays the Quartet to Quiet Their Criticisms of Israel 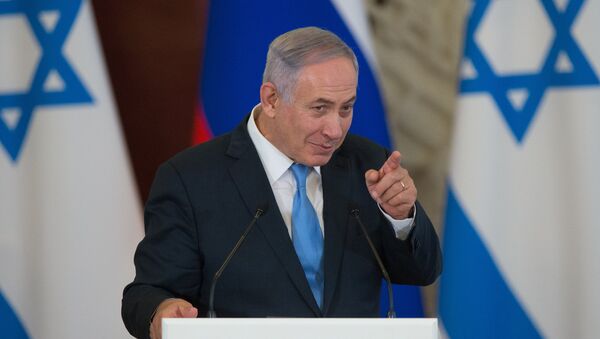 Diplomats have voiced dissatisfaction with a report from the Quarter of Middle Eastern mediators on the Israel-Palestine conflict. Israeli Prime Minister Benjamin Netanyahu caught wind of the Quartet’s frustration with Israeli settlements and quickly set off to meet with high-ranking officials, in a successful attempt to diffuse the situation.

Netanyahu flew to Rome to meet with EU foreign-policy chief Federica Mogherini, visited US Secretary of State John Kerry and traveled to Moscow to meet with Russian President Vladimir Putin.

The prime minister’s efforts were successful, as the report focused primarily on Palestinian "incitement." The Quartet did not go so far as to call the Israeli settlements illegal, suggesting only that Israel "should cease the policy of settlement construction and expansion, designating land for exclusive Israeli use, and denying Palestinian development."

It also said "[Both parties] should take all necessary steps to prevent violence and protect the lives and property of all civilians, including through continuing security coordination and strengthening the capacity, capability and authority of the Palestinian Authority Security Forces."

Statements also included that "The Palestinian Authority should act decisively and take all steps within its capacity to cease incitement to violence and strengthen ongoing efforts to combat terrorism, including by clearly condemning all acts of terrorism."

The report incensed Palestinians, and chief negotiator Saeb Erekat pointed out that the Quartet’s stated aim is to "equalize the responsibilities between a people under occupation and a foreign military occupier."

One European ambassador criticized the Quartet saying, "There’s just no appetite to go toe-to-toe with Israel and deliver a really harsh indictment…No one sees the upside to it."

Many European Union member states have legacy relationships with Israel. In the last few years, Israel has relied primarily on Britain, the Czech Republic and Germany for support in the EU. Now Hungary, Italy, Austria, Greece, Cyprus and some others have become willing advocates for the embattled country.

Turkey, long an Israel antagonist, has also decided to reopen communications with Jerusalem, after a six-year hiatus.

Netanyahu has spoken of opening "new horizons" with Saudi Arabia, Egypt, and other Gulf countries, and is currently on a four-day trip to Africa, India and China.

One American official commented that "Israel is effective at pulling the strings. However much frustration you feel on the ground, it doesn’t lead to action from the top."

Palestine’s internal political instability is a hindrance to gaining the kind of international support that Israel has. There are still considerable differences between Hamas, which controls Gaza, and Fatah, the party of Palestinian President Mahmoud Abbas. Abbas himself has been the cause of some vexation, as the 81-year-old is now 11 years into what was supposed to be a four-year term, and hasn’t given any indication of planning an election. According to recent polls, some 60% of Palestinians want Abbas removed from office.

The United Nations, which has a problematic relationship with Jerusalem, released an op-ed criticizing the report for being too mild. Written by Nikolay Mladenov, UN special coordinator for the Middle East, the article observed that, "Most Palestinians have lived with the humiliation of occupation all their lives." Mladenov pointed out that, "They [Palestinians] do not need the Quartet to tell them about the devastating impact of the illegal settlement enterprise on their lives, their economy and their legitimate aspirations for an independent, sovereign state."