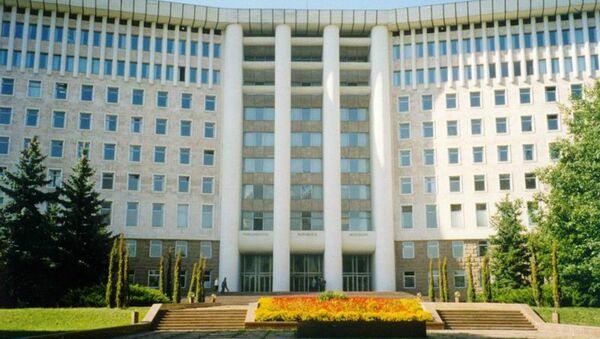 The Moldovan government seeks to sign a new cooperation memorandum with the International Monetary Fund (IMF) to ensure its support for the country's financial and economic reforms, the country's Prime Minister Pavel Filip said.

CHISINAU (Sputnik) — In May, an IMF mission to Moldova found that the country has progressed in its strategy of dealing with financial sector issues and said that there were grounds to make another visit.

"Moldova needs stability for implementing the initiated reforms. We seek to sign the agreement with the IMF to ensure the stable development of the country…It is important to hold talks on signing a new memorandum on economic and financial policies between the Moldovan government and the IMF," the prime minister said on Tuesday, as quoted by a government press release, while meeting a team of IMF experts in the Moldovan capital.

Moldova is in need of investment, he added, stressing that this can be spurred by creating a stable financial sector, eliminating corruption and increasing the standard of living for the country's population.

Chisinau joined the IMF in 1992 and participated in a number of programs aimed at supporting Moldova's economic adjustment programs. The previous IMF-supported program expired in 2013, however the fund had not provided Moldova with the last tranche, because of the country's high social expenditures and fiscal deficit.