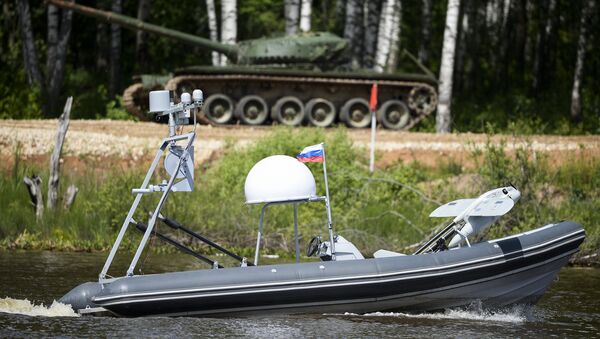 Kalashnikov Concern, part of the state corporation Rostec, began serial deliveries of assault landing boats for the special forces of the Russian Defense Ministry, according to official statement.

Kalashnikov to Expand Production With Branded Military Style Clothing
The multipurpose amphibious assault boats, developed by the concern's subsidiary — "Rybinsk Shipyard" —  were showcased for the first time at the International Maritime Defense Show in St. Petersburg in July 2015.

The boats can reach speeds of up to 40 knots (about 46 mph) and have a cruising range of some 400 nautical miles. According to the manufacturer, their technical characteristics and equipment are on a par with foreign competitor while their price is much lower.