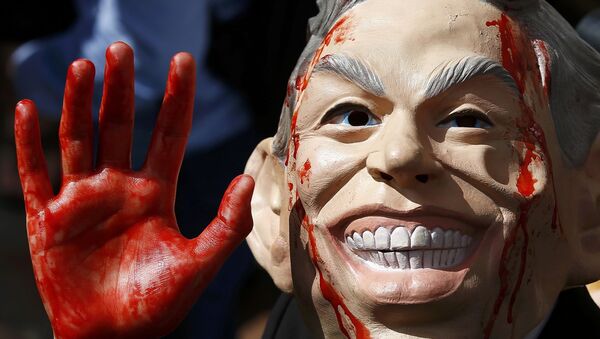 Former UK Prime Minister Tony Blair has been heavily criticized in the Chilcot report into Britain's part in the invasion of Iraq to topple Saddam Hussein in 2003, which followed mass protests against the war, which has left Iraq destabilized ever since.

The inquiry into the Iraq invasion, headed by Sir John Chilcot, found that policy on Iraq was based on flawed intelligence and assessments and that the legal case for going to war was "far from satisfactory." Chilcot said Blair's government had not exhausted peaceful means of dealing with Iraq's alleged weapons of mass destruction — clearly inferring Blair had jumped prematurely into war. 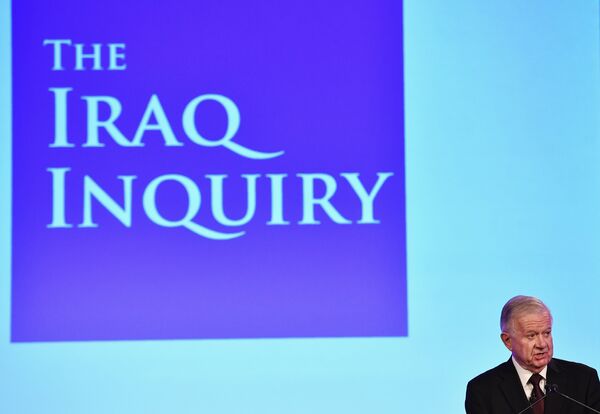 Iraq Inquiry chairman Sir John Chilcot speaks as he comments on the findings of his report, inside the QEII Centre in London on July 6, 2016.
© AFP 2022 / Jeff J Mitchell

Blair — along with George W. Bush had failed to agree a United Nations resolution that gave the US and UK the go-ahead to invade. Blair sought the advice of the UK Attorney General, Peter Goldsmith.

"We have, however, concluded that the circumstances in which it was decided that there was a legal basis for UK military action were far from satisfactory," Sir John said.

"We have concluded that the UK chose to join the invasion of Iraq before the peaceful options for disarmament had been exhausted. Military action at that time was not a last resort."

Chilcot also blamed flawed intelligence for the decision to go to war.

"The Joint Intelligence Committee should have made clear to Mr Blair that the assessed intelligence had not established 'beyond doubt' either that Iraq had continued to produce chemical and biological weapons or that efforts to develop nuclear weapons continued."

Chilcot said Blair had failed to ensure that military planning for the invasion — in which 179 UK soldiers died — had been inadequate. Chilcot said:

The run-up to the war saw the publication of two dossiers by Blair's Government, which were used to justify the case for war, including claims that Hussein had weapons of mass destruction capable of hitting UK targets within 45 minutes of an order being given.

However, a previous report — the Butler Review, on which Sir John Chilcot sat — found that: "The Joint Intelligence Committee should not have included the '45 minute' report in its assessment and in the Government's dossier without stating what it was believed to refer to. The fact that the reference in the classified assessment was repeated in the dossier later led to suspicions that it had been included because of its eye-catching character."