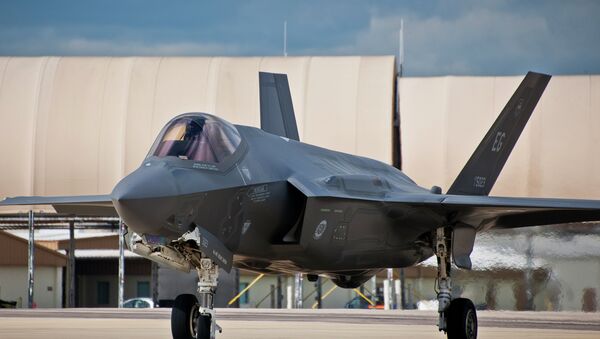 Now that the beleaguered F-35 joint strike fighter is, according to official statements, flight ready, the US Air Force is faced with a new problem: upgrading bases abroad to accommodate the aircraft.

The Royal Air Force base at Lakenheath, England, is preparing to accept a fleet of 54 F-35s by 2020, with the first batch to be stationed overseas. While the plane has seen its share of troubles, including software glitches, faulty engines, and flight performance issues, Col. Robert Novotny’s chief worry is the base itself.

The upgrades include maintenance requirements needed to accommodate the plane’s unique features.

"There is some construction that needs to be done for the communication bandwidth requirements that we don’t have here, and there are some infrastructure improvements, power wise, because there’s going to be a lot of demand on the power system," he said.

New housing and living facilities will also be needed for some 1,200 new military personnel needed for the fleet.

But while the RAF needs to spend roughly $200 million in making upgrades to base facilities, Novotny isn’t sure the money will be provided in time. Additionally, he expressed concern that a number of other military bases in the region are also in need of upgrades, and Lakenheath may not get priority.

"And so we’ve done quite a bit of design."

It may be a while before plans come to fruition, however. The estimated completion date has already been pushed back to 2022, two years after the first F-35s are scheduled to arrive.

Built by Lockheed Martin, the F-35 has been plagued by problems throughout its development, despite its eye-opening price tag of over $1 trillion. Most recently, production of the fighter has experienced additional delays due to a faulty ejection seat. A US government report found that any ejecting pilot weighing less than 136 pounds faced a "high likelihood" of a fatal neck injury. Pilots weighing between 136 and 165 pounds faced an "elevated level of risk."