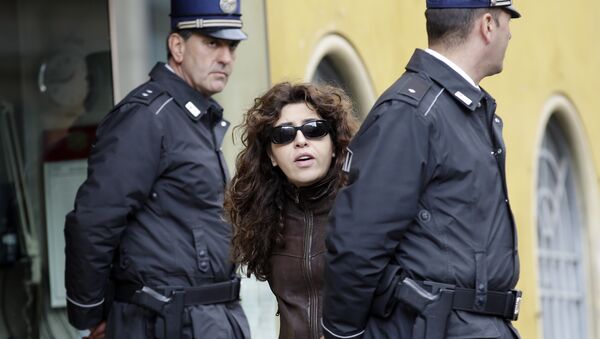 The whistleblowers who revealed the lack of financial transparency in the Vatican's administration could face jail terms, local media reported Tuesday.

Russia and the Vatican: Why the Holy See Seeks Cooperation With Moscow
MOSCOW (Sputnik) – According to Rome Reports, PR expert Francesca Chaouqui and Spanish Vatican official Angel Vallejo Balda could be be sent to prison for over three years, as requested by the case prosecutors. Both were members of a commission set up to look into the Vatican's finances after Pope Francis was elected in 2013. Balda's assistant Nicola Maio and journalist Gianluigi Nuzzi could receive 21-month and 12-month jail terms correspondingly.

Last year Nuzzi and Emiliano Fittipaldi, who was acquitted of the charges against him, wrote a book based on the papers allegedly leaked by Chaouqui and Balda, which highlighted the misallocation of donations among other revelations.