Russia Should Be Part of New European Collective Security 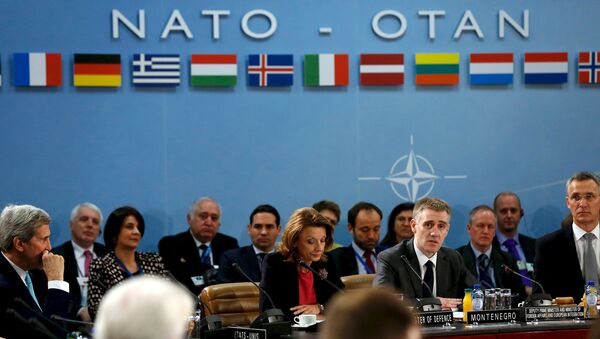 Russia-NATO Council to Discuss US Missile Defense Systems in Europe
MOSCOW (Sputnik) – Russia must be an integral part of a new European collective security system that should be created instead of NATO, Sahra Wagenknecht, who heads the Left party parliamentary group, told Sputnik.

"In principle, we support the idea proposed in due time by Willy Brandt [former Chancellor of West Germany]: a collective security system including Russia – based on the understanding that peace and security in Europe are possible only with Russia, not against it… Russia must be a part of this structure," Wagenknecht stressed.

NATO is becoming an alliance of war, threatening peace in Europe, she added.

"I mean maneuvers, disposition of troops, creating missile bases in Eastern Europe. We do not want such development and regard it as dangerous. That is why, we offer an alternative," Wagenknecht noted.

The Price of Neutrality: Serbia Caught in Between EU-NATO and Russia
She explained that it was necessary to focus on easing tensions, peaceful solution of conflicts through dialogue and discussions, the steps contrary to the current Western policy of pressure on Russia, sanctions and exclusion of the country from the G8 group.

The current provocative policy of NATO is initiated by the United States, which is trying to retain its dominance in the region, Wagenknecht said.

She called on Germany to leave NATO military structures, which will mean an end to using its military facilities by US drones to kill people in other countries, a practice that, according to her, breaches German laws.

On July 7, the German parliament will vote on a resolution on establishment of a collective security system "from Lisbon to Vladivostok" instead of NATO, introduced by the Left party.

000000
Popular comments
"an alliance of war" yes, it is Frau Wagenknecht. and it is your chancelor that is helping to fan the flames along with her two overweight toys/boys. steinmeier and gabriel. where is Germany?