Migrants Flow to Germany Slowing Down by Thousands 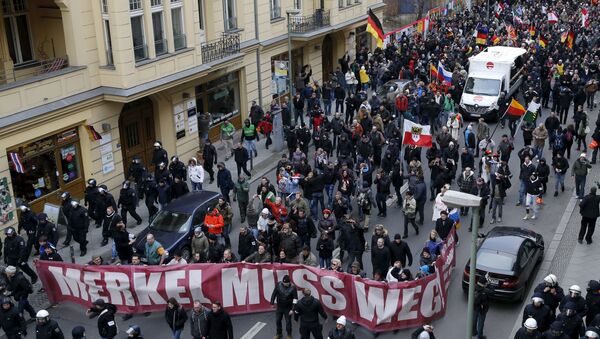 The migration flow to Germany has been in decline this year, as a federal police spokesman said Tuesday.

MOSCOW (Sputnik) — The flow of migrants to Germany has been in decline this year, with less than 5,000 arrivals registered in June, a federal police spokesman said Tuesday.

There has been a significant drop in the month-on-month number of arrivals, the federal police told Germany’s Rheinische Post newspaper.

Some 16,300 refugees crossed into Germany in May, markedly fewer than in previous months. Around 92,000 asylum seekers came to the country in January 2016.