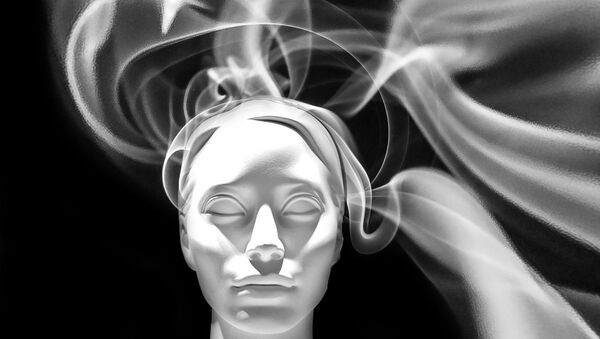 India continues to outdo China in global drugs exports but experts warn this trend could wane.

Drugs Galore: French MP Demands a Crackdown on Dark Web Sales
NEW DELHI (Sputnik) — Amid a slowdown in overall exports in the last two years, India is making steady progress in the export of drugs around the world. Outlining the achievements in this sector, India's Commerce & Industry Ministry said in a statement, "India's pharmaceutical exports continued their lead over China in 2015. While India's Pharma exports grew from US $11.66 bln to $12.54 bln in 2015 recording a growth of 7.55%, China increased its exports of Pharma products from US $6.59 bln to US $6.94 bln, showing growth of 5.3% during the same period."

According to official data, India has outpaced China in terms of drugs exports in important markets such as US, the European Union and Africa. India's exports of pharma products to the US alone jumped from US $3.84 bln to US $4.74 bln, (+23.4%), despite the strict recent regulation imposed by the US Food & Drug Administration. On the other hand, China's pharma exports to the US grew from US $1.16 Billion to US $1.34 Billion, only +15%. China's exports to the EU & Africa also showed declining trends in both markets.

However, experts warn that this trend will wane if Indian pharmaceutical firms continue to depend on Chinese raw materials.

Prof. Sachin Chaturvedi, Director General of the Research & Information System for Developing Countries (RIS), told Sputnik, "there will be a major threat to Indian pharmaceuticals from China in the near future because, you see, the Active Pharmaceutical Ingredients (APIs) on which we are crucially dependent come from China. This is an issue which is not just of trade alone, because tomorrow whatever happens with the import of Chinese APIs will affect the Indian market and India's ability to supply drugs. Mind it that this is also an important item on our export basket.

So, for the health security of the country and also for export competitiveness, it is important to know that the dependence that we have on China in terms of import is really huge. So we would have to identify ways and means to see how this can be coped with using other form and how we can act to retain competitiveness at our level."

APIs are the active raw materials used in a drug that gives it a therapeutic effect. India imports 90-100% of APIs for a dozen types of drugs, including anti-biotics & anti-diabetic medicines. According to a study, the over-dependence is mainly because China has been dumping APIs in India at prices below the economic cost of production. The Indian government has been making efforts to attain self sufficiency in producing APIs by providing incentives to manufacturers, but a clear policy has yet to be carved out.

Meanwhile, a joint study of the apex body of Indian industries, ASSOCHAM and Tech-Sci Research indicated that this trend may be transient as well, because of regulatory hiccups faced by Indian pharmaceuticals in many countries.

The study says "growth in pharmaceutical products' exports from India may decline by almost half i.e. from the level of compound annual growth rate of about 15 % clocked during 2010-14 to about 8% during 2015-2020 on account of delay in regulatory approvals in the top markets of the US, Russia, Africa and others."

A steep decline in currency prices in emerging markets like Africa, Russia, Ukraine and Venezuela is expected to add to the woes of pharmaceutical companies. By supplying drugs to that region, they are unable to generate high revenues on account of unfavorable exchange rates.