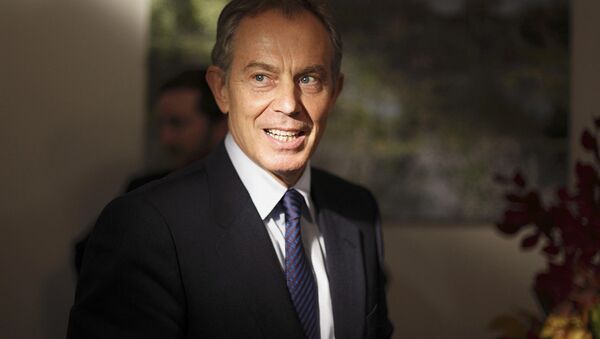 Former British Prime Minister Tony Blair is facing the prospect of possible legal action over his role in the 2003 invasion of Iraq, with senior Labour and SNP politicians leaving the door open for Blair to be prosecuted after the release of the long awaited Chilcot report on Wednesday (July 6).

It is thought that a number of MPs will try to use an ancient law to try and impeach Blair if, as expected, he is heavily criticized in the findings of the Chilcot report.

The law, which was last used in 1806, could potentially be used to send Blair to prison, however it is thought that any such attempts to impeach the former PM would be largely symbolic and aimed at preventing him holding public office again.

If Chilcot finds that Blair misled, exaggerated or misrepresented intelligence to Parliament that should trigger impeachment.

​The process requires an MP to propose a motion with supporting evidence backing up their claim, while if passed, the defendant could be faced with a trial.

'There Must Be Judicial or Political Reckoning'

Former Scottish First Minister Alex Salmond has been a fierce critic of Mr Blair, saying there "has to be a judicial or political reckoning" for the former PM's actions in sending British troops to Iraq.

"He seemed puzzled as to why [Labour leader] Jeremy Corbyn thinks he is a war criminal, why people don't like him," Salmond told Sky News.

Salmond: Coup against Corbyn planned to stop him calling for Blair’s head after Chilcot

​"The reason is 179 British war dead, 150,000 immediate dead from the Iraq conflict, the Middle East in flames, the world faced with an existential crisis on terrorism — these are just some of the reasons perhaps he should understand why people don't hold him in the highest regard.

"[MPs] believe you cannot have a situation where this country blunders into an illegal war with the appalling consequences and at the end of the day there isn't a reckoning. There has to be a judicial or political reckoning for that."

Mr Salmond also drew a link between the attempt to remove Jeremy Corbyn from the Labour leadership and the imminent release of the Chilcot report, suggesting pro-Blair MPs wanted to protect the former PM from criticism.

There is speculation that Labour leader Jeremy Corbyn — an ardent critic of the Iraq War — will deliver a scathing criticism of Mr Blair when the Chilcot report is released on Wednesday.

One of Corbyn's closest political allies, shadow chancellor John McDonnell, told Sky he did not rule out calling for Blair to be prosecuted for war crimes, something Corbyn has echoed in the past.

​"I want to see the Chilcot report. Nobody can comment on this until we see the report itself and I'm hoping that the report will be thorough and for me the importance is not Tony Blair or any individuals — it's about the processes so we never ever get into this tragic, tragic mess again with such loss of life," McDonnell said.

Blair himself has said he will wait for the report's release before responding, however it is expected that the findings will provide a damning indictment on the actions of the former prime minister leading up to the British and American-led invasion of Iraq in 2003.

Alex Salmond on #LabourCoup — he says it's all about Chilcot Report.

The coup leaders all supported the Iraq war! pic.twitter.com/vnVozb34YI

​The chances of Blair facing war crimes charges in the International Criminal Court (ICC) appears to be unlikely after The Hague-based court said the decision to go to war is outside its remit, meaning the ICC can prosecute individual soldiers for war crimes but not Blair.

The Chilcot Inquiry, initially set up by former UK Prime Minister Gordon Brown in 2009, will release its 2.6 million-word report on Wednesday.