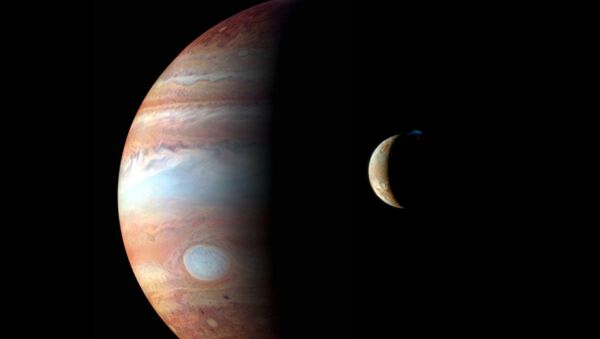 With NASA's Juno spacecraft due to enter orbit around Jupiter on July 4, Sputnik has decided to reveal some interesting facts about the solar system's biggest planet.

By Jove! More Trans-Neptunian Objects Discovered
On July 4, NASA's Mission Juno is scheduled to enter into orbit around Jupiter, which should shed more light on the origin of the gas giant. Sputnik now looks into some interesting facts about this mysterious celestial body.

The 1.13-billion-dollar mission was launched on August 5, 2011 to explore Jupiter's gravitational and magnetic fields, as well as reveal what Jupiter is made of and if there is water on the planet.

Jupiter is 300 times more massive than Earth and it is five times further from the Sun than our planet.

Jupiter is the fourth brightest object in the solar system after the Sun, Moon and Venus; the gas giant is one of only five planets visible to the naked eye from Earth.

Jupiter is known to have the shortest day of all the planets and it orbits the Sun once every 11.8 Earth years.

As compared to other celestial bodies', Jupiter's space radiation belts are especially intense, with particles so energetic that they zip up and down the belts at nearly the speed of light.

In about the 7th or the 8th century BC, the ancient Babylonians were the first to record their sightings of Jupiter, which they named after the Mesopotamian god Marduk, patron of the city of Babylon. 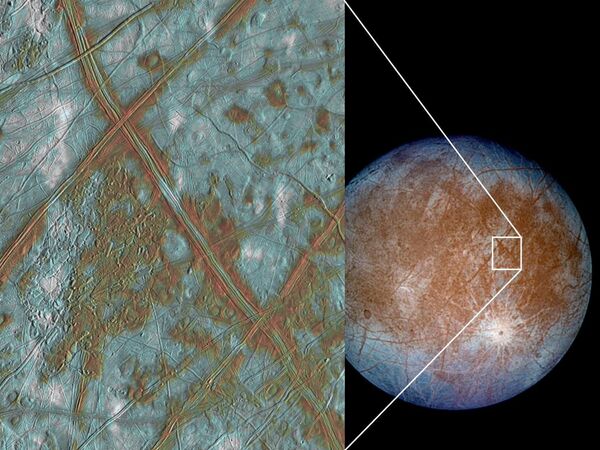 The Greeks named the celestial body after Zeus, the god of thunder; the Romans called the same god and planet Jupiter. To the north, Germanic tribes named the planet Donar, or Thor.

In 1610, Galileo, who pioneered the use of the telescope in stargazing, discovered Jupiter's four largest moons: Io, Europa, Ganymede and Callisto; today these are called the Galilean moons. His findings helped support the Copernican theory that Earth was not the center of the Universe.

#Jupiter from space station to celebrate @NASAJuno's arrival tomorrow. It will fly closer than any other spacecraft. pic.twitter.com/aF4GmzOwBb

The Great Red Spot is believed to be the most extraordinary feature on Jupiter; it is a giant hurricane-like storm which has raged for more than 300 years and which is three times the diameter of the Earth at its widest.

Spot on. See the Great Red Spot through my eyes 📷 by JunoCam. 4 days till #Jupiter! https://t.co/pkBUXXMBIx pic.twitter.com/EqRSNUcVxJ

Juno Space Probe Revs Up for July 4 Burn into Jupiter's Orbit
There were a total of eight spacecraft to explore Jupiter, including Pioneer 10 and 11, Voyager 1 and 2, Galileo, Cassini, Ulysses, and New Horizons missions. Pioneer 10 was the first spaceship to fly past Jupiter in December 1973.

Europa, the smallest of the Galilean moons, is covered with a later of water ice and has the smoothest surface of any body in the solar system.

Under the ice, scientists hypothesize that the moon has a layer of water 100 km thick; this would imply that it has 2-3 times as much water as the total volume of the Earth's oceans. However, it is constantly bombarded by lethal Jovian radiation, discouraging any intrepid potential space explorers.