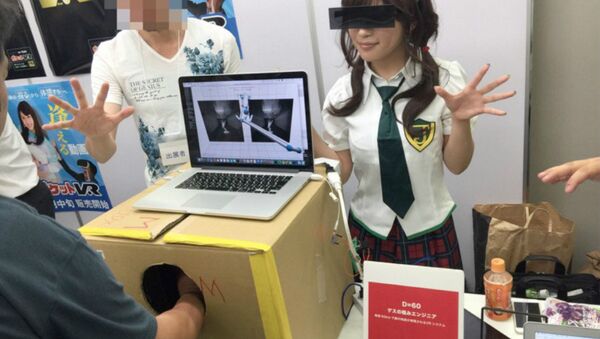 The Adult VR Festival was held on June 12 in the Akihabara district of Tokyo. However, the event attracted an enormous number of visitors that vastly exceeded the organizers’ expectations, prompting the police to shut down the festival due to risks related to overcrowding.

"The event didn’t start until 2pm, so I went there in high spirits an hour before then, but the city was already overflowing with people. There were so many that it was almost impossible to keep the situation under control. While waiting for my friends, I couldn’t help but think that if they couldn’t control the mass of people, a riot or something similar could happen. The 20 lucky guys closest to the building were let in by the staff. I’m sure there was a line inside the building that rivalled the one outside," one of the local reporters who attempted to visit the festival said, according to a VR Talk forum user who translated his account of the events.

Those who managed to attend the festival were treated to a variety of gadgets, like Oculus Rift VR glasses and the so called omnidirectional camera.

The festival’s organizers said that their goal is to help those who experience problems in their sexual life and to "separate the sexual function from society." And according to their expectations, the festival is will become even more popular in the coming five years.