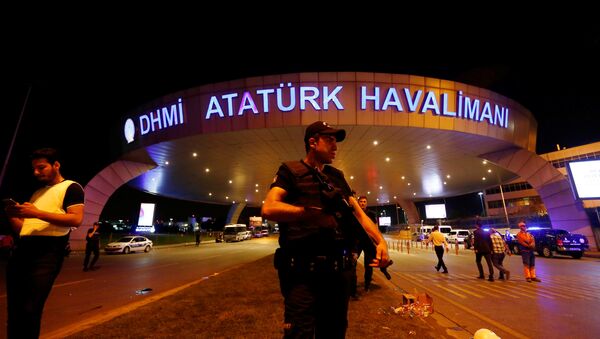 Turkey is Likely to Look for Russia's Support in Fight Against Terrorism
In an interview with Sputnik, security expert Mete Yarar attributed the ineffectiveness of Turkey's State Intelligence Agency (MIT) to its inability to obtain intelligence data on terrorist activity in Syria.

The interview came after three Daesh (ISIS/ISIL) terrorist blasts ripped through Istanbul Ataturk Airport earlier this week, leaving at least 44 people dead and 239 more injured. Ataturk Airport serves a hub connecting Turkey and the rest of the Middle East with Europe; according to Airports Council International, Ataturk is the second-busiest airport in the Middle East after Dubai International, and the second-busiest airport in continental Europe after Paris-Charles de Gaulle. 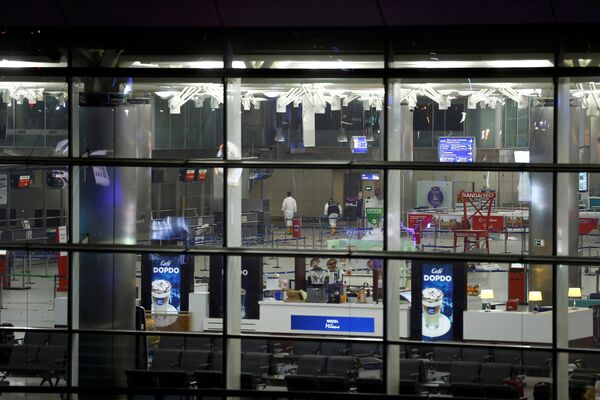 "We talk about the almost complete absence of the security system rather than the weak points of this system. MIT's efforts are focused on and limited to Turkish borders, and it has no resources for conducting operations in Syria and Iraq," he said.

He pointed to the fact that the MIT is also unable to provide preventive security, which Yarar said deals with measures taken to neutralize the groups planning to commit a terrorist attack.

"If the security forces managed to prevent terrorists from entering the territory of their country, it means that preventive intelligence coped with their task," he said.

Additionally, Yarar drew attention to the fact that only 17 percent of the three million refugees, who arrived in Turkey, submitted their personal data to the country's migration services.

"Turkey was not prepared to receive so many migrants and no doubt, the lack of control on this issue continues to complicate the work of intelligence services," he pointed out.

Turkey has served as the country from which most foreign Daesh terrorists have entered Syria. However, the corridor in Syria's Aleppo Province linking Turkey with most of the territory of the self-proclaimed caliphate has narrowed thanks to a recent push by the mainly-Kurdish Syrian Democratic Forces and anti-government opposition groups. Earlier, Turkey had unequivocally insisted that Kurdish troops refrain from crossing the Euphrates into the Daesh-held corridor.

Yarar added that "in order to stem the wave of Daesh terrorist attacks in Turkey, it's necessary to deal with the purpose and the reason for these actions."

"The main thing is to understand what force is behind the organization of these explosions, and why it is Daesh that claims responsibility for the blasts," he said.

Earlier, it was reported that Turkish security experts believe that the decision to attack the Istanbul airport was made by Daesh leader Abu Bakr al-Baghdadi and that Osman Vadinov, a Chechen who joined Daesh two years ago, was ordered to organize the attack.

In March 2016, at least 37 people were killed and 125 more injured in a suicide bombing in central Ankara, the fifth such attack in Turkey in the past few months, media reports said at the time.