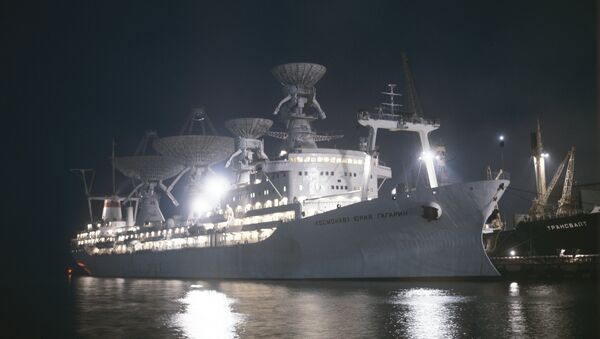 Last week, a report by the Iceberg Central Design Bureau confirmed that Russian engineers are developing a new ship tasked with detecting and tracking missile launches. Military analysts Konstantin Sivkov and Alexander Shirokorad spoke to one of Russia's leading independent online newspapers about the prospects for the new vessel.

Earlier, bmpd, a military blog run by experts from the Center for Analysis of Strategies and Technologies, reported that the development of a new tracking ship (otherwise known as a missile range instrumentation ship), is being conducted in collaboration with others, including the St. Petersburg-based Krylov State Research Center, which will assist the ship's propulsion system.

At present, the Russian Navy only has one tracking ship – the Marshal Krylov, launched in 1990 and currently undergoing renovations in Russia's Far Eastern city of Vladivostok.

Speaking to the independent online newspaper Svobodnaya Pressa, military analysts Konstantin Sivkov and Alexander Shirokorad commented on the new ship, its likely design, equipment and purpose in the age of advanced satellite tracking.

Sivkov, the president of the Moscow-based Academy of Geopolitical Problems, began by recalling that during the Soviet period, tracking ships were widely used by both the Strategic Rocket Forces and the Soviet Navy to monitor test launches of both Soviet and foreign Intercontinental Ballistic Missiles (ICBMs) and Submarine Launched Ballistic Missiles (SLBMs), and to observe spacecraft and satellites.

I See You: Russian-Made Sunflower Radar is Capable of Detecting F-35 Jets
"Typically, such ships patrolled areas near the trajectory of rockets or space objects. It's not possible to place sufficiently powerful antennae on board satellites to allow for precise measurements of the rockets' characteristics, whereas tracking ships were equipped with such powerful antennas."

"For instance, Kosmonaut Yuri Gagarin, the flagship vessel of the Soviet Space Research Service [withdrawn from service in 1991 and sold for scrap in 1996] had 75 antennas on board, two of them consisting of large parabolic dish antennas with a diameter of 25 meters each…This allowed [scientists] to track spacecraft with very high accuracy; the ship was capable of independently controlling satellites and spacecraft, sending instructions to them, and retransmitting such instructions from Mission Control."

In its own time, The Marshal Krylov also took part in tracking spacecraft for manned space flights to space stations, and monitoring the parameters of test warheads of strategic missiles. In 2011, Sivkov recalled, the ship monitored the test of submarine-launched Bulava missiles in the Pacific Ocean.

"In the Soviet period, the civilian 'Maritime Space Fleet' consisted of 11 specialized vessels. The Pacific Fleet, meanwhile, had a total of eight tracking ships, from which only the Marshal Krylov remains; six of the remaining ships were sold for scrap, while the Sakhalin tracking ship was sold to China for conversion. Unfortunately, the 1990s saw the near-fatal destruction of our defense industry, and the ships simply did not have the opportunity to get out into the oceans for economic reasons; after all, one of the main requirements for such vessels is the capacity for autonomy."

In light of the particularities of tracking ships' work, Sivkov suggested that new Project 18290 ship must be "fairly large (with the displacement of the Marshal Krylov amounting to 23.7 thousand tons), must feature a powerful antenna array and onboard computer systems. Such a ship is simply indispensable, considering that the Marshal Krylov was put into service in February 1990," over 25 years ago. 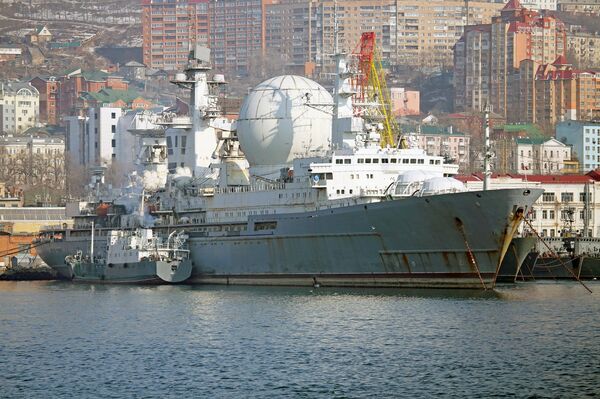 "Additionally," the military analyst noted, "the instrumentation of the new ship must meet contemporary requirements, since both Russian and American missile defense systems and strategic missiles are constantly improving, and progress is being made on the creation of hypersonic weapons; all this needs to be kept an eye on. Presently, we do not have the ability to track the behavior of US warheads in detail during the last leg of their flight during firing range testing, or to calculate the missiles' parameters, because the Marshal Krylov was sent off for repairs and modernization in October 2014."

How Russia Plans to Catch Up With the US in AWACS Capabilities
For his part, military historian Alexander Shirokorad began by recalling that during the Soviet period, the country's fleet of military and civilian tracking vessels developed alongside both the peaceful and military use of rocketry, and operated from the Atlantic to the Pacific oceans. "By the way, these ships were used to track the telemetry data of the landing of the spacecraft of Yuri Gagarin, and in the 1960s, recorded information regarding American nuclear testing." The ships would track the launches of the Soviets' secret space vehicles, such as the 'Bor' unpiloted orbital rocketplanes. Later, the tracking ship Marshal Nedelin monitored the first and only flight of Buran, the Soviet space shuttle.

"Of course, these vessels also monitored American space objects and projects, particularly as it related to missile defense. The Americans would usually test new spacecraft and ballistic missiles at the Vandenberg Space Launch Complex in California, hitting test targets in the area around the island of Guam in the Pacific. On Guam, they created test missile defense launchers. And our ships observed how these tests were carried out. By the way, the US often tried to deceive not only Soviet intelligence, by placing radio sensors on warheads to make them easier to detect, but their own Congress as well. This attempt at deception came to light only years later." 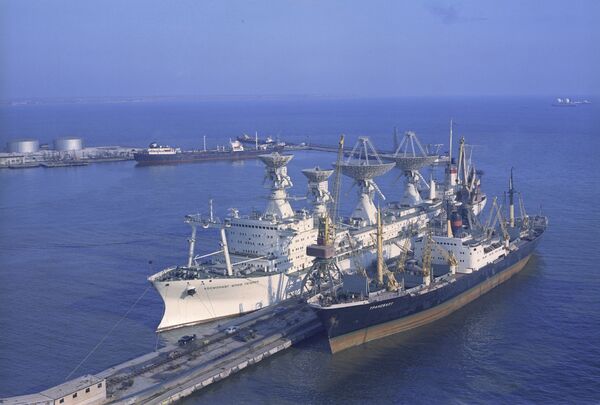 "Naturally," the analyst recalled, "our command wanted to know what was really going on at the American test sites, especially because the US had experimented with warheads capable of maneuvering during the final trajectory. Finding out such characteristics is important in helping to build one's own missile defense. The Americans, in turn, tried to understand the behavior of our warheads, observing, for example, how they landed at the Kura test site in Kamchatka."

Asked whether perhaps the development of advanced satellite space monitoring systems has lessened the need for sea-based tracking vessels, Shirokorad indicated that this was definitely not the case. This comes down to the fact that while satellites are capable of determining rockets' launch trajectory, "what's most important is what takes place on the final approach. Only then does it become clear exactly how much progress the Americans have made in penetrating missile defense. Of course, spacecraft may also record maneuvering, but not as efficiently. It is best to do it from ground or shipboard radar facilities; the successful interception of warheads requires high accuracy in determining the trajectories and parameters of the target."

No Secrets: Russia to Publish Catalog Disclosing US Military Satellites
Furthermore, the military analyst emphasized, tracking ships are needed for the testing of Russia's own strategic defense forces. "The fact is that Russian engineers are now working on the Sarmat heavy ICBM, as well as new combat equipment –including hypersonic warheads (known as Object 4202); there are suggestions that the Sarmat will be able to carry no fewer than three blocks capable of maneuvering on the vertical and horizontal plane at hypersonic speeds. And the future testing of such missiles will require a tracking ship."

"Most likely," Shirokorad suggested, "the function of monitoring the Sarmat ICBM will be carried out by the Marshal Krylov after its modernization. But we will need more such ships in the future. First of all, the US is working on hypersonic projects in the framework of its Prompt Global Strike initiative, and, in the future, on upgrading its nuclear arsenal and creating new ICBMs and SLBMs. Secondly, China is also active in this respect; it has already tested the WU-14 hypersonic aircraft."