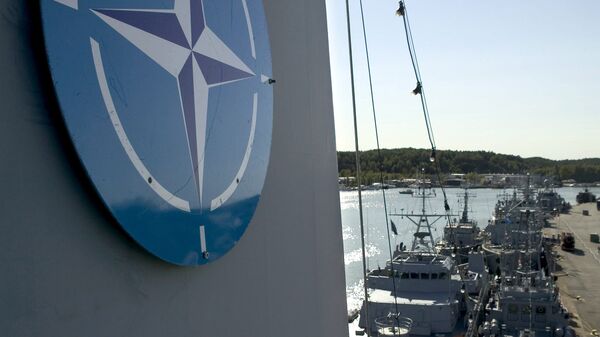 Chairman of the Finnish parliamentary defense committee, Ilkka Kanerva, said that decision on which instrument to use for deciding whether to join the NATO "depends very much on the circumstances," and reminded that "there have been two referendums in the NATO nations."

Kanerva is also the President of the Organization for Security and Co-operation in Europe Parliamentary Assembly (OSCE PA) whose meeting is being held in Tbilisi, Georgia, from July 1-5.

"A referendum [on joining NATO] is one of the alternatives we have and it will be one of the realistic approaches if there would be a need for it," Kanerva said on the sidelines of the ongoing OSCE PA meeting.

Kanerva added that a decision on which instrument to use for deciding whether to join the alliance "depends very much on the circumstances," and reminded that "there have been two referendums in the NATO nations."

Earlier in the day, Kanerva said that Finland may consider joining NATO when the need to defend its national security arises, adding that the current Finish defense strategy does not include any timetable or procedures for joining the Alliance.

World
Finland Risks 'Serious Crisis' in Relations With Russia if it Joins NATO
Kanerva also stated that the NATO enlargement is not a strategic goal of the alliance, but is motivated by the desire of national states to join the military bloc.

"Ukraine has been trying to join NATO many times but the alliance has been very cool about it. It confirms that the enlargement is not basic political goal or the NATO strategy in Europe," Kanerva said.

In early June, Georgian and Ukrainian officials said they were anticipating the accession of Montenegro to the NATO at its July summit in Warsaw, indicating NATO’s commitment to an open door membership policy, and emphasized the importance of NATO’s open-door membership policy in light of their own country’s leadership pursuing a path to become full members of the alliance.

Both Georgia and Ukraine are currently NATO partners and regularly engage in military training and capacity building exercises with the alliance. Montenegro will be the first new state to join the alliance since 2008, if the alliance unanimously agrees on its accession.

On June 18, Russian President Vladimir Putin said that NATO is completely disregarding Russia’s concerns with regard to the alliance’s expansion.