Russia, US Want to Cooperate in Syria But 'Are Suspicious of Each Other' 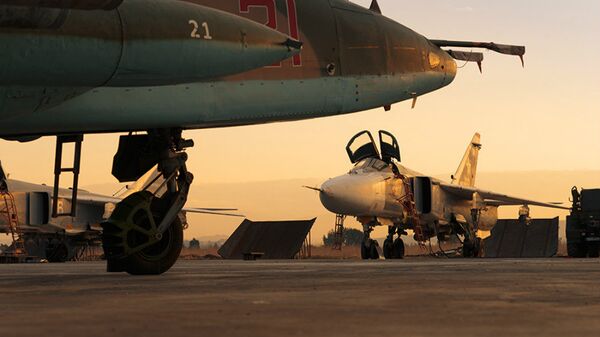 Policymakers in Moscow and Washington are searching for ways to bring cooperation between the two countries to a whole new level with regard to fighting terrorism in Syria, but challenges, particularly the fate of President Bashar al-Assad, complicate these efforts, former US envoy to Syria Richard Murphy told Radio Sputnik.

"The leak suggests a serious effort in Moscow and Washington to find some greater common ground on targeting the terrorists," he said, referring to unconfirmed media reports that the Obama Administration proposed a new deal with Russia on Syria.

Under the agreement, the United States and Russia will join forces to improve targeting and conduct an "expanded" bombing campaign against al-Nusra Front, the Washington Post reported earlier this week, citing an unnamed official.

Both countries consider al-Qaeda's offshoot in Syria to be a terrorist organization. But they differ on some other rebel groups, who coordinate their attacks with al-Nusra Front. Washington views some of them as "moderate" and does not want Russian aircraft to launch airstrikes against them. For its part, Moscow has repeatedly asked the US to convince such groups to leave territories where al-Nusra Front is active.

The deal, if true, will bring cooperation between the two militaries to "an unprecedented level." 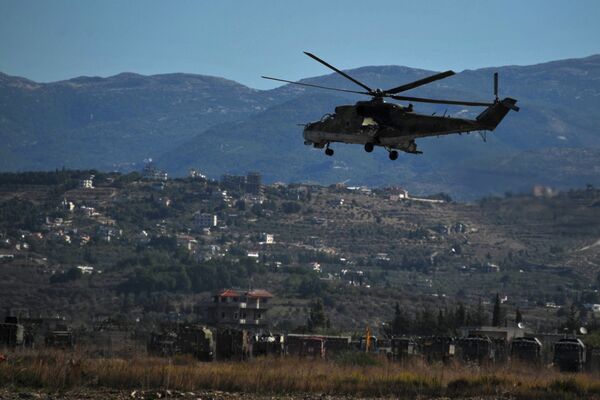 The Kremlin refrained from commenting on the issue, but Russian leadership has long called on Washington to join efforts to combat Daesh once and for all. For its part, the White House has been reluctant to accept Moscow's offer.

Syrian Gov't Army Repulse Terrorist Attack in Aleppo for 2 Days
On Thursday, Russian President Vladimir Putin reaffirmed that Syria is the key battleground when it comes to tackling international terrorism. "It is in Syria that the fight against terrorism is being decided," he said.

Putin praised Russian service personnel and diplomats for doing their best to handle terrorist groups and bringing peace to the war-torn country. "At the same time, acting together with the United States and other partners, we succeeded in putting in place a ceasefire in parts of Syria," he noted, adding that global challenges could only be resolved if major stakeholders work together.

"Both sides are looking to enlarge the common ground to work together, but they are still suspicious of each other," Murphy said. It is "unfortunate because we know that Russia has no interest in assisting [Daesh], just the opposite. Certainly that's the American attitude."

Loose Interpretation: Russian Military Criticizes Pentagon Remarks on Syria
This suspicion has been partially fueled by a difference of opinions on the fate of Bashar al-Assad.

Russia views him as "a safeguard against the collapse of Syrian institutions," the former US Assistant Secretary of State for Near Eastern and South Asian Affairs noted. Washington sees things differently. For US policymakers, al-Assad's continuation in office and inflexibility at the negotiating table are detrimental to Syrian government institutions, he explained.