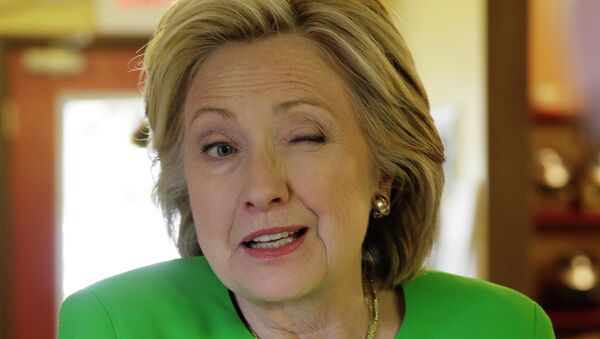 The presumptive First Husband’s meeting with Attorney General Loretta Lynch may force the Obama administration’s hand to indict Hillary Clinton over her failure to protect US secrets and hand the presidency to Bernie Sanders.

The smartest man in America right now is Bernie Sanders. After facing a monumental trouncing at the hands of the corporate media and AP spin doctors who announced the race was over before California voters ever arrived at the polls, the insurgent Democratic challenger did something nobody expected – he stayed in the race and he refused to endorse Hillary Clinton.

That decision looks like it may just pay off with reports today that FBI investigators grilled the former Secretary of State for an astonishing four hours as the agency’s director James Comey received license to pursue the case to the very bounds of the law after months of Department of Justice stonewalling in the wake of Bill Clinton’s not so secret pow-wow at Sky Harbor airport with Attorney General Loretta Lynch.

The disgraced Attorney General claimed that the conversation with the husband of an investigation target who himself is a potential defendant or witness was merely lighthearted chatter about the grandchildren and how best to take a stand against the rising tide of crime in America.

Yet, even Loretta Lynch was forced to admit that the meeting created the appearance of impropriety and vowed to “take a step back” from the case amidst calls for her to recuse herself entirely from the proceedings. The Attorney General vowed that she will follow whatever recommendation she receives from the FBI even if James Comey’s office demands an indictment in the middle of the political season.

It has been reported by multiple outlets that FBI agents are clamoring for an immediate indictment against the former First Lady for compromising US national security secrets by housing the country’s vital diplomatic data on an entirely unsecured "homebrew" server to avoid complying with Freedom of Information Act disclosure requirements.

The investigation has already determined that numerous pieces of secret, top secret, and even higher than top secret information – SCIF data or information that can only be read inside of a Special Compartmentalized Information Facility.

Removal of data from a SCIF, as has been established Hillary Clinton has done is the most severe of potential claims. Given the high level of secrecy of SCIF data and the fact that it is held in a separate facility, the claim that the underlying act was unintentional would not hold weight in a court of law.

Perhaps most concerning was a recent revelation that the identity of undercover CIA agents may have been compromised by hackers who successfully accessed Hillary Clinton’s email system. At least 47 of the emails contain the notation B3 CIA PERS/ORG indicating that the material referred to CIA personnel.

Finally, the investigation has also uncovered that Hillary Clinton continued to use the system despite repeated reports that her email box was being hacked and even after one incident where State Department officials rushed to unplug the entire system due to an attempted security breach.

It is not surprising then that infamous hacker Guccifer, who exposed Hillary’s private email account by releasing documents sent to Clinton acolyte Sidney Blumenthal, claims that he repeatedly hacked the former Secretary of State’s email system "easily" calling it an "open orchid on the internet."

CIA whistleblower Edward Snowden recently made headlines bashing the Secretary of State pointing to the fact that he provided information to the public about mass surveillance to protect civil liberties but if he returned home he would face a lifelong prison sentence under the espionage act, but Hillary Clinton’s dereliction placed the country’s national security in peril and risked the lives of US personnel while being the presumptive nominee of the Democratic Party.