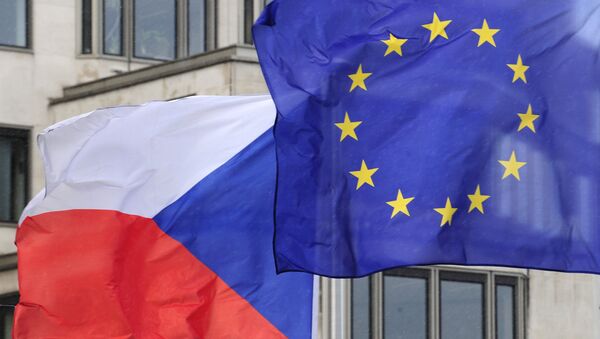 The Czech Party of Free Citizens (Svobodni) affirmed to Sputnik on Friday its support of the Czech Republic’s exit of the European Union, a so-called Czexit, amid President Milos Zeman’s calls for a national referendum.

Czech Government Rules Out EU, NATO Membership Referendums
MOSCOW (Sputnik) — Earlier in the day, Zeman said he would support a possible EU membership referendum in the country but would vote against withdrawal. The Czech government, however, ruled out taking any steps on questioning the country’s EU membership.

According to the Czech president, the republic's membership of the European Union is very beneficial to the Czech Republic, as it receives $8.3 billion annually which is more than it contributes.