Charter Flights From Russia to Turkey to Resume on July 7 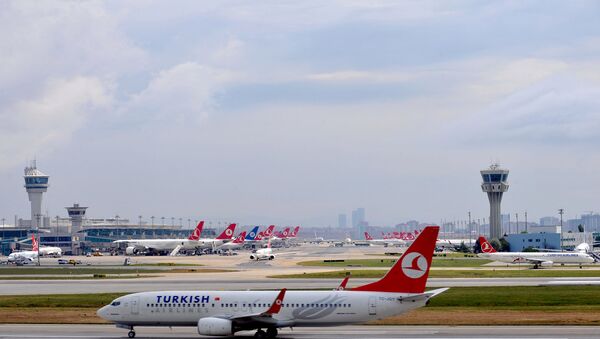 "The Directorate reports that charter flights will resume on July 7, there will be 17 flights," the DGCA said on its Twitter page.

World
Turkey's 'Long-Suffering' Tourism Sector to Thrive After Ankara-Moscow Thaw
The travel ban was a part of restrictive measures Moscow introduced against Ankara following the downing of a Russian Su-24 attack aircraft by a Turkish jet in November 2015.

On Monday, Kremlin spokesman Dmitry Peskov said that Turkish President Recep Tayyip Erdogan, in a letter addressed to Russian President Vladimir Putin, apologized for the downing of the plane and extended his condolences to the family of the pilot killed in the incident.

By doing so Ankara fulfilled one of the conditions put forward by Moscow following the incident that paralyzed the long-term partnership between the two countries. The letter also said legal proceedings were underway against the Turkish citizen allegedly involved in the Russian pilot’s death – another condition named by Russia in order to restore severed ties.