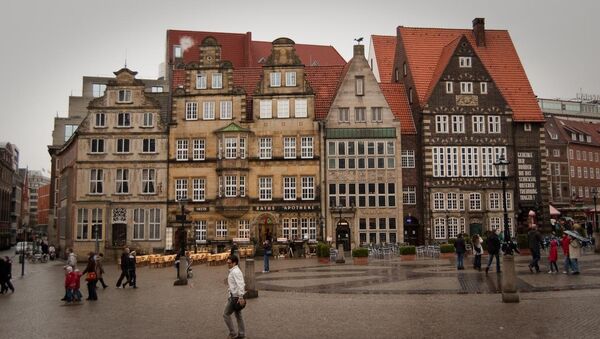 © Flickr / Borja Iza
Subscribe
While Britain decided to leave the EU and the British football team is returning home following the shameful defeat to Iceland in the European Championship, some politicians are talking about another Bre-xit, this time in Germany.

"Bremen out of Lower Saxony" — this is the slogan used by the German political party "Die Partei" in attempt to win the municipal election in Lower Saxony, which will take place on September, 11.

"In this way, we are simply ahead of the will of the people. If we carried out a survey asking "Does Bremen belong to the Lower Saxony or the Lower Saxony to Bremen?", we would hear a hundred percent "No"," member of the party, Tobias Speckin, stated.

Brexit Psychology: EU Fails to Provide 'Common Reliable Values'
Bremen forms a kind of enclave in the Lower Saxony and doesn't constitute part of the federal state in administrative terms.

Although other German politicians don't support Speckin's point of view and the position of his party, Speckin doesn't seem to be bothered about it.

"We just put them before the fact," he said. "We don't have to convince anyone. This has almost come true. We're just the very embodiment of the turbo-politics. We have fulfilled the will of the people. Now we can reap the fruits of our fame," Speckin said.

Results of the British referendum have inspired supporters of disintegration all across Europe and made everyone wonder who will be next.