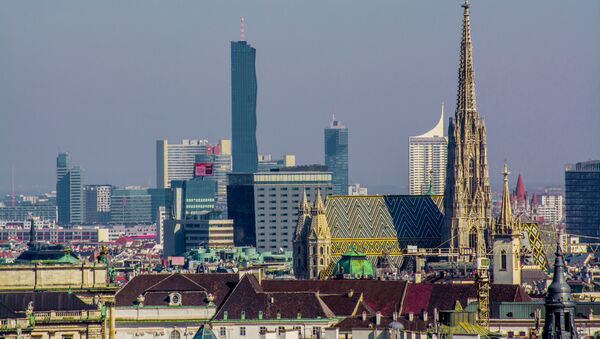 © Flickr / Nic Piégsa
Subscribe
Russia is ready to work with any democratic political power elected by the Austrian people after the re-run of the second round of the presidential election, the Russian Ambassador to Austria told Sputnik Friday.

Austrian Right Candidate Hofer’s Campaign Due in August Amid Election Rerun
MOSCOW (Sputnik) — Earlier on Friday, the Austrian Constitutional Court ruled that the country should stage a re-run of the second round of the presidential election following a complaint by the Freedom Party of Austria (FPO) about "irregularities and failures" during the vote counting.

"We are ready to work with any democratic political power, with any president elected by the Austrian people," Dmitry Lubinsky said.

He stressed also that the decision to re-run the second round of the presidential election is a democratic practice and a sovereign decision of the Austrian court.

Lubinsky reminded that the Freedom Party of Austria has a very stable electorate and receives good results in the elections.

"Just like in many European countries, from one side the electorate is tired of same parties ruling the country for many years. From the other side, other factors, such as the migration crisis, have had an impact, which had really shaken the European area," Lubinsky stressed.

While speaking about the current situation in Europe, Lubinsky said that the region needed to show its ability to take united decisions amid recent developments, such as migration crisis and United Kingdom’s decision to leave the European Union.

He added that Russia is interested in having Europe as a strong and reliable partner.

The ambassador also noted that the European Union has been shaken up by Brexit, and would need to stay united to counter its economic consequences.

"In general, for political configuration of Europe, it [Brexit] may be a serious shake-up and a problem that would require a collective effort to be solved, to counter economic, financial and other consequences," Lubinsky said.