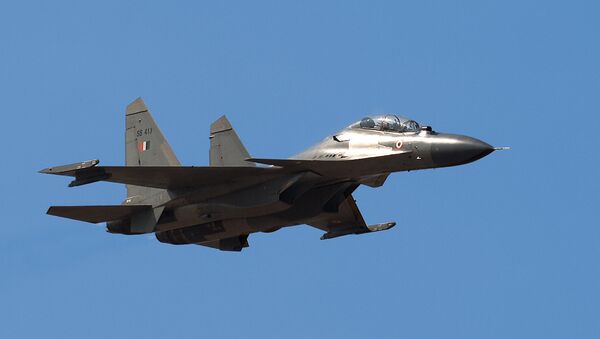 "In September-October we are going to hold the first practical air launch of the missile. We have already completed 90 percent of works on the complex. Our military are inspired by fire power and range capability, which will be provided by the deadly combination of the most progressive fighter and our missile," Pathak told the Izvestiya newspaper.

He added that in order to equip the fighter with the BrahMos missile, it was necessary to make changes in the jet’s design.

The company carried out a demonstration of a Su-30 MKI fighter equipped with a BrahMos missile on June 25.

BrahMos is a short-range supersonic missile, which has been in use by the Indian Navy since 2005. The missile has a range of 180 miles and can carry a conventional warhead of up to 660 pounds.