Putin, Obama Could Meet on Sidelines of G20 Summit 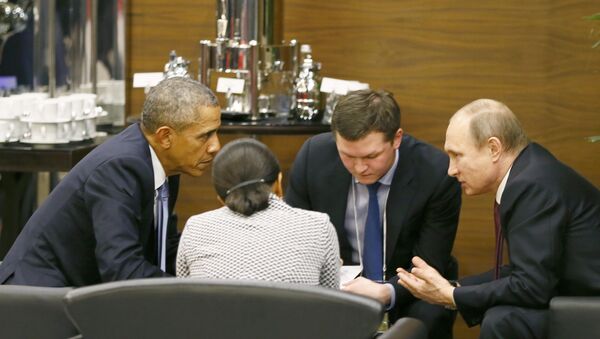 Russian Deputy Foreign Minister Sergei Ryabkov said Thursday that he could not exclude a meeting between President Vladimir Putin and US President Barack Obama on the sidelines of the upcoming G20 summit.

"Any options are possible, because the very participation of the leaders in a high-level event is a reminder that such talks could take place. Everything depends on the content, on the agenda which will be formed in the international community," Ryabkov said, adding that there were no specific plans at this point.

However, Kremlin spokesman Dmitry Peskov said that no specific agreements have been reached yet on a possible bilateral meeting between Putin and Obama at the G20 summit.

"There are no such agreements yet," Peskov told RIA Novosti.