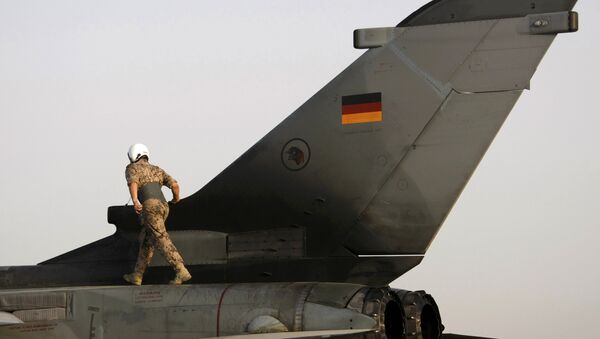 The European Union appears to be interested in exploring the idea of creating a unified NATO-style armed force to protect itself from both internal and external challenges now that Britain, a fierce opponent of the initiative, voted for a divorce from the bloc and does not have a say in the matter.

The EU Global Strategy does not explicitly state that an EU army is in the pipeline, but it is a conclusion some have arrived at. The document, which is meant to update the bloc's foreign and security policy, calls among other things for greater defense cooperation in Europe that does not take place within the framework of NATO.

"As Europeans we must take greater responsibility for our security," the document, authored by EU foreign policy chief Federica Mogherini, noted. "While NATO exists to defend its members – most of which are European – from external attack, Europeans must be better equipped, trained and organized to contribute decisively to such collective efforts, as well as to act autonomously if and when necessary."

In this context, autonomy is the key word that defines the EU's new vision of its security and defense policy. Unsurprisingly, it is used liberally in the Global Strategy, formally known as "Shared Vision, Common Action: A Stronger Europe."

NATO, Washington 'Have No Idea' How to Respond to Real Threats
"An appropriate level of ambition and strategic autonomy is important for Europe's ability to foster peace and safeguard security within and beyond its borders," the document said. "The EU will systematically encourage defense cooperation and strive to create a solid European defense industry, which is critical for Europe's autonomy of decision and action," it added.

The global strategy was unveiled earlier this week, prompting some to say that the European Union is serious about establishing an EU army.

Brexit is a major factor in these calculations. The UK has the most powerful military in the union that it is about to leave. It follows then that the bloc's capabilities will be limited once Brexit is finalized. At the same time, British leaders were vehemently opposed to the idea of establishing an EU armed force parallel to NATO, pledging to veto the initiative if it ever gained much traction.

Best Laid Plans: Brexit Leaves EU & NATO's New Defense Strategy in Tatters
"On the one hand, it is a serious problem, because the United Kingdom has the largest military capabilities in the EU," Dr. Marcin Zaborowski, Executive Vice President of the Center for European Policy Analysis (CEPA), told Wirtualna Polska news site.

Without the UK, the EU's new policy "may be very limited and realistically may have little to offer," he added. "But on the other hand, an obstacle that prevented better cooperation has been removed."