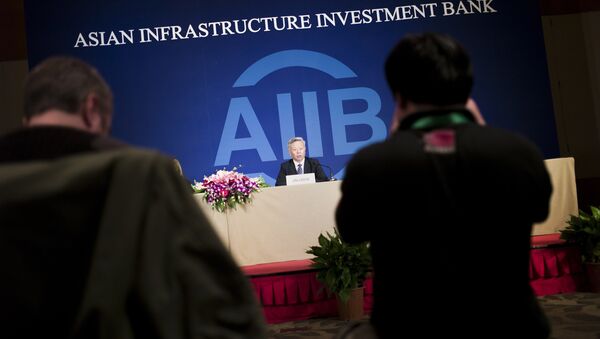 As the founding members of the Asian Infrastructure Investment Bank gather for their first annual meeting of the Board of Governors, the United Arab Emirates is proud to count itself among them, because we believe in the bank's core mission to develop Asia's economy and enhance the trade connectivity between Asia and the rest of the world.

'Lean, Clean and Green': Beijing's AIIB Challenges US-Led Development Ethos
The AIIB was established in 2015 with the primary aim of channeling strategic investments into Asian economies' energy, transportation and logistical infrastructure to strengthen their economies and enhance their capacity to trade with one another. The bank will also focus on improving basic services, including water and sanitation, with the aim of advancing economic progress, particularly in rural areas, for the greatest number of people in the shortest possible time.

The UAE is one of 57 initial members that applaud China's foresight in establishing this important addition to the multilateral community－the first such lending institution in which developing nations will have majority voting rights, so that they can directly influence its policies, culture and objectives.

The AIIB will work alongside other multilateral banks to achieve key development goals. Despite significant progress in recent years, nearly 1.5 billion people in Asia still lack adequate sanitation, some 260 million have no access to clean water and half a billion lack electricity.

With initial capital of $100 billion, the bank is about to deploy its first major round of funding amounting to $1.2 billion that will be co-invested with the World Bank in energy, transportation and water projects. The AIIB has already launched projects to improve sanitation in Indonesia, upgrade Bangladesh's electricity grid, and build highways in Pakistan and Tajikistan.

Projects such as these will bring President Xi Jinping's Belt and Road Initiative to life by building the enabling infrastructure along the ancient Silk Road.

Transforming Eurasia: Expectations and Prospects of China’s New Silk Road
By pooling resources and strategically targeting investment to achieve practical outcomes, the bank will make a great contribution to the development of Asian economies over time. The UAE is committed to playing its part in this effort. Our support to the AIIB is a critical component of our constructive relations with China, whose origins predate the birth of our nation.

Recorded links between our two peoples go back to the 2nd century BC and today a vibrant Chinese community－numbering some 200,000－has established roots and flourishing businesses in the UAE, representing our country's second-largest minority. 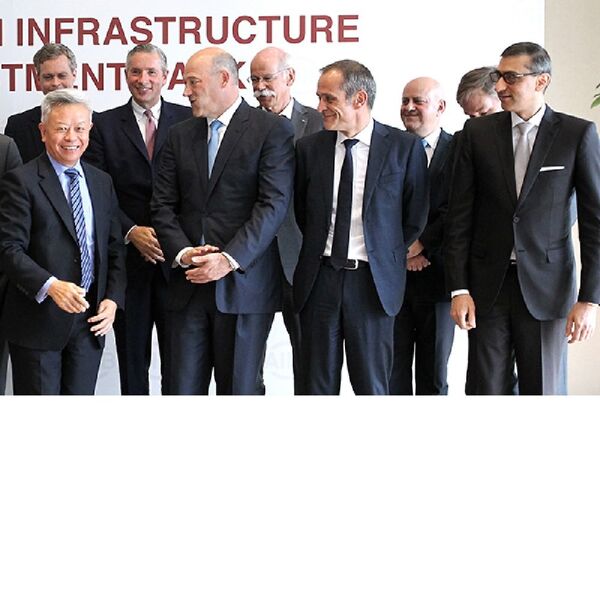 The UAE-China relationship marked a high point last December when UAE Crown Prince Sheikh Mohamed bin Zayed Al Nayhan visited Beijing to sign a $10-billion UAE-China Joint Investment Fund. This too is aimed at improving the enabling infrastructure that connects our nations through direct equity investments, promoting the prosperity of both our peoples and spreading that prosperity to the countries that lie between us.

The steep climb in trade between China and the UAE, which has grown from $64 million in 1984 to nearly $60 billion today, illustrates the rise of economies in the Global South. The creation of the AIIB marks an important milestone in the growth of the Asia's emerging markets, whereby the countries of this region are directing their own future development.

The UAE has always believed that building the capacity of nations and building bridges between them is the best way to establish peace and prosperity globally. This was a guiding principle of our founder Sheikh Zayed, and it is illustrated today in the fact that the Organisation for Economic Co-operation and Development ranks the UAE as the world's second-largest donor of overseas development aid relative to its national income.

With the establishment of the AIIB, the world now has a powerful additional tool to advance this agenda for the common good. The UAE looks forward to making progress together with the founding members in line with our national principles of promoting peace, stability, prosperity, tolerance and unity throughout the region and the world.