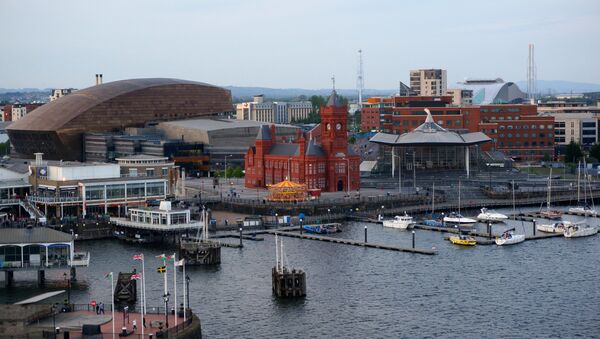 © Flickr / Alex
Subscribe
The Welsh government is committed to do everything possible to prevent Wales from losing funding as the result of the EU referendum in the United Kingdom, Welsh Cabinet Secretary for Finance and Local Government Mark Drakeford said Wednesday.

"Wales is a net beneficiary from the European Union. The millions of pounds Wales receives from the EU help people into work and training; support businesses; drive innovation and help to regenerate communities. The UK Government must guarantee that Wales will not lose out from an EU withdrawal," Drakeford was quoted as saying in a statement published on the Welsh government's website.

Almost 12,000 enterprises and some 37,000 jobs have been created since 2007 owing to EU projects, while over 229,000 people have gained qualifications and 56,000 people have managed to continue learning, the statement highlighted.

"It is a priority for us to seek clarification from the UK Government about the nature, timing and outcome of negotiations for a UK exit and how significant EU funds for Wales will be replaced, particularly for those parts of Wales which need these the most," Drakeford stressed.

Earlier this week, leader of the UK House of Commons and Leave campaigner Chris Grayling said he expected the process of the United Kingdom's leaving the European Union to be accomplished before the 2020 general election.