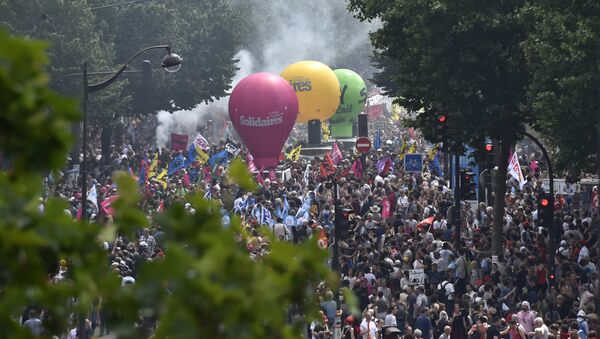 The French Government is Wednesday (June 29) meeting the leaders of the main unions after the eleventh day of national protest and months of demonstrations over controversial reforms to French labor laws in an attempt to reach a settlement.

The central issue in the labor reforms is the unions' refusal agree reforms to allow individual firms more freedom to negotiate working conditions without referring upwards to branch-level agreements. The unions say this will weaken workers' powers, but the French Government say it will give grassroots workers a bigger say in the workplace.

​The reforms were pushed through by Hollande, who invoked a little used piece of the constitution — article 49.3 — to bypass the upper house — the Senate — which is dominated by Republicans, who are against the reforms. The Senate has amended the text, but it now need to go back to the National Assembly.

However, opinion polls show that, while four out of five, disagree with the labor reforms, there is dwindling support for the industrial action — particularly with the eyes of the world on France, which is hosting the current Euro 2016 football tournament.

France 24 reported that only 4.5 percent of employees at state-owned national rail company SNCF were on strike Monday (June 13) — which is significantly smaller than previously.