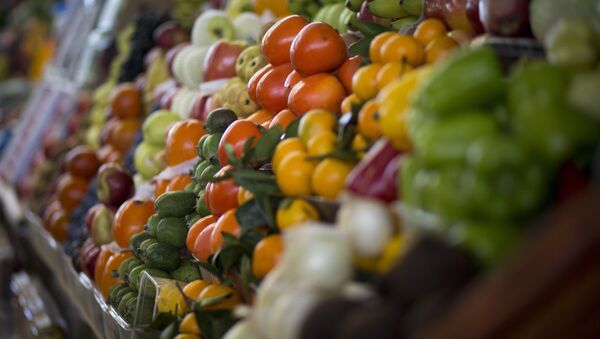 © AP Photo / Alexander Zemlianichenko
Subscribe
The Russian president has sighned a decree prolonging the food embargo imposed against a number of Western countries until the end of 2017.

Food Embargo More Beneficial for Russian Agriculture Than WTO Membership
MOSCOW (Sputnik) — Russian President Vladimir Putin has signed a decree on the extension of embargo on food imports from the EU and some other countries until December 31, 2017, according to a document posted on the government's legal information portal on Wednesday.

"To extend from August 6, 2016 until December 31, 2017, special economic restrictive measures in line with a decree by the Russian president aimed at ensuring russia's national security," the document says.

Russia responded to Western sanctions over Ukrainian conflict and Crimea reunification with imposing on August 6, 2014 a ban on imports of beef, pork, poultry, fish, cheeses, fruit, vegetables and dairy products from Australia, Canada, the EU, the United States and Norway.