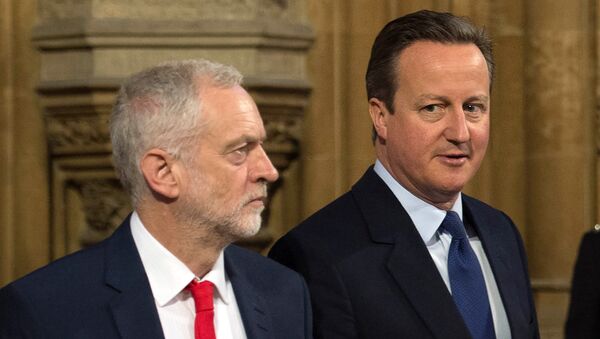 "To try to pretend that last Thursday's vote was a result of the state of the British economy is complete nonsense… We all have to reflect on our role in the referendum campaign, I know the honorable gentleman says he put his back into it, all I'd say is that I hate to see him when he's not trying," Cameron said during Prime Minister's Questions in the country's parliament.

Both Cameron and Corbyn supported the Remain camp of the referendum.