How to Dodge the Next (Big) US Recession 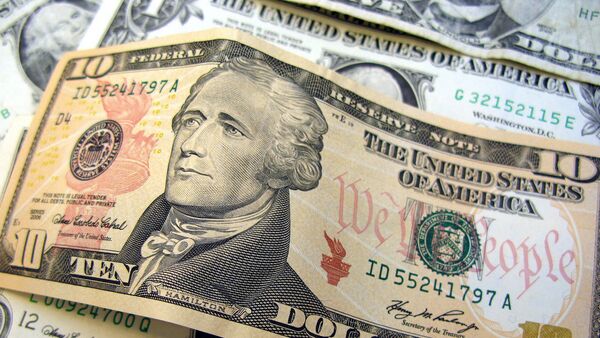 © Flickr / frankieleon
Subscribe
International
India
Africa
Mounting predictions of a US recession arriving later this year or in early 2017 suggest a shift in economic policy might be deemed necessary in order to readjust America's growth potential, avoiding or preventing a period of economic contraction.

Kristian Rouz — With the current US business cycle ending within the next year, the currently sluggish growth, rife international headwinds, declining corporate profits, lingering stickiness in wages and prices, and rising expectations of an economic downturn, a shift in economic policy might prevent an across-the-board contraction in the US GDP.

The upcoming presidential election is likely to determine the direction of further policy, with options predominantly limited to maintaining the status quo, or implementing elements of supply-side economics in the near-to-mid-term, with recession aversion being the pivot point on the new White House administration's agenda.

The decisive actions taken by @POTUS & policymakers helped us lay the foundation for a more sustainable path forward https://t.co/myqdbWZ4m5

​The chances of a recession starting in the US in late 2016-early 2017 have increased to 30-50 percent from the previously consensus-expected 20 percent after the UK opted out of the European Union, sending shockwaves across many of the world's economies, including the US. With yields on US Treasuries projected to decline further, driving gains in the dollar's FX rate, the US inflation rate might collapse back to near-zero as Brexit is poised to slow trade and investment on a global scale, adding to the already-prevalent tendency towards a deceleration in GDP gains in advanced economies and emerging markets alike.

Amid Recession Fears, Yellen Confirms Has 'Legal Basis' for Negative Rates
That means that the 20-30 year era of credit-fuelled growth, which capitalized on immigration, the offshoring of manufacturing facilities, and the free movement of capital across national borders, all considered aspects of "globalization," may end. Therefore, the current Neo-Keynesian approach to economic policies in the US is becoming irrelevant as it fails to produce enough pro-growth momentum to stave off the looming recession.

"This is the end of globalization as we know it," Bill Gross of the Janus Global Unconstrained Bond Fund said.

What is wrong with Neo-Keynesianism?

Since the global financial meltdown of 2007-2009, the US economic authorities, primarily the Federal Reserve and the Department of the Treasury, have been reliant on a combination of monetary and fiscal policy measures in order to get the economy back on track. These include the provision of money liquidity on very loose terms, in full accordance with the Neo-Keynesian idea of economic policy.

US Economy Still Sluggish in June as Job Gains, Home Sales Falter
While the economy has indeed rebounded from the recession in 2009-2010 due to the ultra-low 0-0.25 percent base interest rates and massive government spending in the form of fixed investments in infrastructure and job creation, the best year for the US economy was 2015, when growth reached an annualized 2.2%. Compared to a historic average of 3.3%, this is hardly an encouraging figure, and as the economy slowed in 1Q16 to 0.8%, such policy measures have lost their impact as a means of stimulus.

Increased US government spending, in the meantime, has pushed a lot of private investment from the non-financial sector, contributing to the surge of the stock market to its historic highs in mid-2015, and its subsequent collapse in early 2016 following a rate hike last December.

Subsequently, the US economy has lacked a driving force which would allow it to expand further, as the abundance of money liquidity does not solve the structural issues, such as the discrepancy between gains in the financial and non-financial sectors, a contraction in domestic manufacturing, sluggish job creation, weak inflation and stagnation in effective wages and disposable incomes.

What can be done to fix the economy?

In order to spur economic growth, capital investment needs to be diverted into the non-financial sector, spurring the domestic production of goods and services, allowing for sustainable gains in the labour market and wages, pushing inflation up and accelerating domestic US consumption, driving over 70 percent of the nation's GDP. Certain elements of supply-side economics might come in handy in this process.

Trump or Clinton? Uncertainty Leaves Investors Jittery Amid Sluggish Growth
In theory, and contrary to popular belief, higher tax rates do not always result in higher tax revenues in absolute numbers. When taxes are too high, the tax base shrinks, because many enterprises opt to go out of business, leave the country, and rely on offshore production or services  in order to maintain their level of profitability. Therefore, tax cuts are unlikely to undermine the financial solvency of the heavily-indebted government, while they would contribute to accelerated business activity, a higher rate of job gains, greater consumer spending and higher inflation — all boosting GDP expansion.

The theoretical formula knows as the Laffer curve suggests lower taxes actually boost the tax revenues of a government; this happened in the US and Ireland in the early 1980's. However, the "Bush tax cuts" contributed to the bubbles inflating in select sectors of the economy, meaning the policy measures should be applied prudently; even the greatest business cycle eventually comes to an end.

Many US-based manufacturers are unable to compete with cheaper imports when it comes to the consumer-oriented segment of goods production. Therefore, trade barriers and higher customs tariffs might boost domestic manufacturing, also pushing inflation up, contributed to faster GDP expansion. Yet, the downsides could include possible trade wars and poorer relations with US trading partners like mainland China and Mexico, while tariffs remain a constant reason for conflicts of interest between major players within the US. Until the early 20th century, tariffs comprised the lion's share of US budget income, and the heated debate surrounding the issue of lower/higher tariffs almost prompted South Carolina to secede from the US in 1832.

Since the late 1970s, US inflation-adjusted wages have been nearly stagnant. Given the stunning rise of labour productivity in the US since then, the lingering stickiness in wages is a paradoxical issue. The currently low unemployment rates, below 5.0 percent, according to official figures, have generally failed to enhance disposable income rates during the past years, hampering inflation and overall GDP gains. While lower taxes and higher tariffs might contribute to the creation of market-competitive jobs (as opposed to the government-subsidized "full employment" of the past two years), the more important target is achieving sustainability in the labor market. Given that US labor participation rates are at their multi-decade lowest at just above 62 percent of the workforce, the heated minimum wage debate, and America's poorly-handled immigration system, the labor market will be one of the toughest challenges for the new administration to handle.

Should the economy gain momentum based on domestic manufacturing and consumption, raising the Federal Reserve's funds rates back to normality (above 2-3 percent) would be necessary in order to end the credit-fuelled growth model. That would only be possible, however, if inflation rates exceeded 5-6 percent, and growth rates remained in line with the core prices index: at least an annualized 3 percent.

All in all, the Neo-Keynesianism of the past eight years worked well until at least 2013, taking the economy back into the positive territory from the mire of the Great Recession, and providing a solid foundation for faster expansion down the road. However, the model started to falter amid mounting international headwinds, coupled with unfavorable developments domestically. The slide in corporate revenues that started in mid-2015 indicated the time to switch gears was slightly overdue, and it might not be until early 2017 that certain policy readjustments take effect.