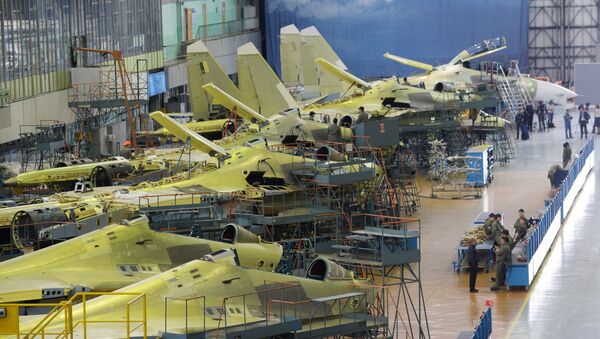 Last week, Deputy Prime Minister Dmitri Rogozin, responsible for the development of Russia's defense industry, announced that by 2020, the country's military-industrial complex would become the driver of the Russian economy.

Russian Food, Agricultural Exports Hit Record High Over Last Few Months
According to the official, this will become possible "only when every defense enterprise…[is] subject to the logic of parallel development in civilian industry. And not just any production, but high tech products accompanying the production of military products."

Commenting on Deputy PM Rogozin's comments in an article for the independent online news and analysis platform PolitRussia, Pskezin recalled that Rogozin's statements "did not come out of the blue, but only confirmed the government's general course."

In a speech at the Congress of the Union of Machine Builders in April, President Vladimir Putin spoke in similar terms. Pointing out that "labor productivity in the defense sector had tripled," Putin advised military enterprises to think about the prospects for conversion of their output ahead of time.

"The peak load of the state defense order within the military industrial complex will occur next year, and then gradually begin to decline. I expect that defense companies will use the accumulated potential for conversion and diversification of their production," Putin said.

Russia, Kazakhstan Discuss Joint Projects Worth $25Bln - Kazakh President
According to the president, the defense industry should focus on the production of competitive high-tech civilian products, and "must think about this today, and take the necessary measures."

"The sceptics," Pskezin recalled, "immediately began talking about the idea being a forced measure. In their view, the budget is short on cash, hence the conclusion about an imminent curtailment of military orders. Supposedly, enterprises are losing a reliable source of financing through the state defense order, and hence being encouraged toward self-sufficiency."

In reality, the journalist suggested, "blaming the budget deficit is completely pointless. Moreover, the reorientation of the defense industry to civilian production is not the result of any campaigning; the process itself is going along according to plans developed a long time ago."

"First off, in December 2010, the president signed the since-implemented State Armaments Program for 2011-2020. Its framework included the modernization of the army and its equipment with the latest weaponry. All this took place long before the aggravation of the international situation, and the Western countries' attempts to affect us economically through sanctions and by military means (through bringing NATO forces directly onto Russian borders)."

Last week, Deputy PM Rogozin praised the results of the above-mentioned modernization program: "Last year, [defense contracts] amounted to 1.8 trillion rubles [about $27.8 billion US]. Production has increased by 13%, while the output of military and special purpose equipment has increased by 20%."

Moreover, according to the official, several areas of the civilian sector too have enjoyed impressive growth over the past year, amounting to 32% in the electronics industry, 22.5% in specialized chemicals, 16% in shipbuilding, 7.5% in rocketry and space production, and 6% in aviation.

Russia Expects to Reach $13-Bln Goal on Military Equipment Sales Abroad
At the same time, Pskezin noted, given the lingering tensions between Russia and Western countries, the very existence of the conversion program demonstrates that instead of mobilizing the country's last resources and throwing them at national defense, the government has instead launched a deliberate push toward conversion, thus seeking to ensure future economic growth.

"This is being done in strict accordance with another important document: the targeted federal program 'On the Development of the Russian Military Industrial Complex to the Year 2020', adopted in early 2012. That program provides for an investment of three trillion rubles [about $46 billion US] for a deep modernization of the defense industry and the training of qualified personnel, including for the purposes of reorientation to the production of high-tech civilian products."

Ultimately, the journalist explained, "all this should [serve to] dispel the unfounded anxieties of some [Russian] experts" on the matter.

The lessons of the 1990s, when millions of people were left without work due to the decline of the defense sector following the collapse of the Soviet Union, "have proven very convincingly the need for diversification of the economy, including at the level of individual defense enterprises," Pskezin noted.

Moreover, unlike the 1990s, managers in the military industry today are well-versed in market rules, "know how to sell and are interested in the production of competitive products." Many MIC enterprises have already accumulated a great deal of positive experience of conversion.

Effectively, the journalist suggested, chief among the ingredients for the realization of the conversion program is "the presence of political will. Without vanity or haste, the federal government has provided the sector with clear guidelines, sometimes even indicating those capabilities [for production in the civilian economy] which may be worth pursuing."

Chinese Investors Flock to St Petersburg Forum Despite Sanctions
Deputy PM Rogozin confirmed as much in his speech last week, indicating that the federal government had "requested information from customs officials; we found [for example] that a huge amount of money is spent on the purchase of medical equipment abroad – this is impermissible either economically or politically."

The country's defense industry, the official emphasized, "is prepared to make everything themselves," and in this sense, the government's program of import substitution has significantly expanded the MIC's conversion prospects.

Meanwhile, Pskezin suggested, "modernization in this sector will allow it to produce goods which comply with the quality standards of foreign analogues, or even surpass them."

Ultimately, he emphasized, the conversion of military industry could become the locomotive which drives the economy forward.

Citing companies that have already begun a successful conversion, Pskezin pointed to Roselectronica, a state-owned microelectronics company which, in addition to the production of hi-tech industrial products for the defense sector, is looking toward expanding its share among civilian markets as well. In the next three years, the holding plans to introduce a new, completely Russian-made smartphone and tablet.

Meanwhile, a Krasnogorsk plant, now part of the optics holding Schwabe, has been engaged in the export of camera lenses for nearly three years now. Kamaz, the Russian truck manufacturing giant, is working on several civilian initiatives, including self-driving trucks, all while continuing to make up the bulk of the military's vehicle fleet. 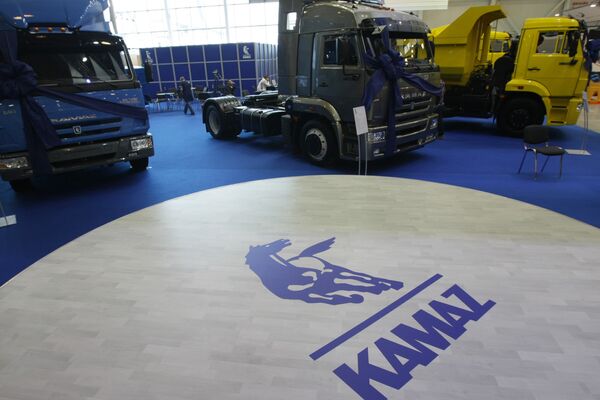 While serving as the workhorse of the military's truck fleet, Russian truck maker Kamaz has also been busy modernizing its civilian vehicle offerings.
© Sputnik / Ruslan Krivobok
/
Go to the photo bank

The RT-Chemical Technologies and Composite Materials Holding says that it has plans to expand the production of civilian products for the aviation, space, land and water transport, energy and other industries up to 65% of its total production by the year 2020. In the meantime, Uralvagonzavod, the machine-building giant responsible for producing Russia's main battle tanks, is also expanding its civilian production capabilities, from railways to products for the Russian Ministry of Emergency Situations. 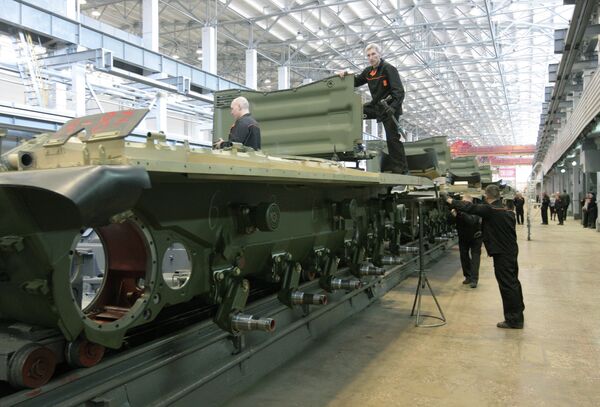 Workers of the JSC Uralvagonzavod assemble tanks on the production floor. In addition to its military production, the company is one of the largest scientific and industrial complexes in Russia.
© Sputnik / Sergey Mamontov
/
Go to the photo bank

All in all, Pskezin suggested, "we are only at the beginning of a massive, and hopefully successful, path of conversion for the Russian military-industrial complex. It's clear that with such a serious approach, the defense industry will not simply be getting by on the production of pots and pans," as it did in the 90s. "The time of high technologies for the production of civilian goods has arrived," the journalist concluded.