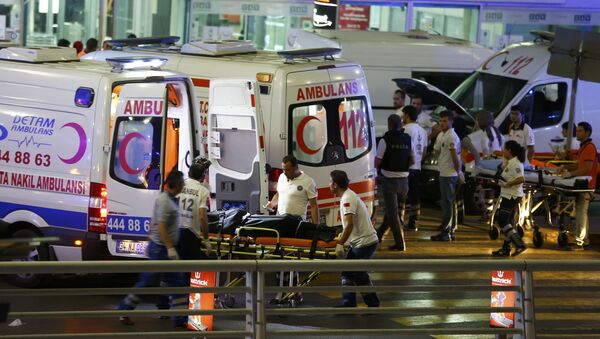 The group considered to be a terrorist organization by Turkish officials says that it played no part in Tuesday night's coordinated terror attacks that left scores dead and many more injured.

The Kurdistan Workers' Party (PKK) disavowed Tuesday night's terror attack at the Ataturk airport that have left at least 36 dead and at least 147 others wounded despite early speculation that the group may be involved in the attack.

The attack, which took place around 10pm local time was carried out by three suicide bombers who first shot at passengers with Kalashnikov automatic rifles near the security screening point of the international terminal.

Turkey's HDP Party, which represents the country's Kurdish minority and has come under fire by President Recep Tayyip Erdogan in recent months also stated that it was their belief that the attack was carried out by Daesh terrorists.

President Erdogan responded following the incident saying that the country will take an aggressive stance on clamping down on terrorism and condemning the attacks as not focused on any particular purpose other than to use the suffering of people to create propaganda material.

Notably, the Kurdistan Workers' Party is identified in Turkey as a terrorist organization. In recent weeks, the Turkish government has questioned whether the Kurdish dominated HDP Party should similarly be considered as a terror group.