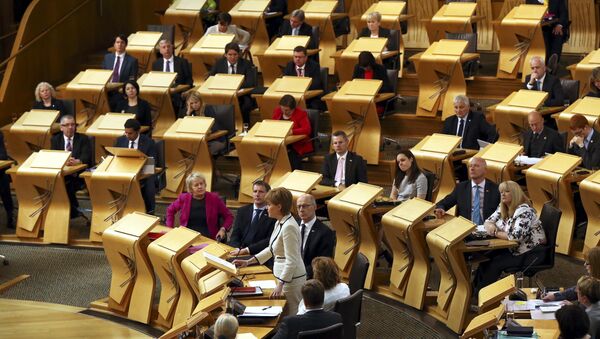 An emergency debate on Scotland's response to the Brexit vote took place Tuesday afternoon (June 28) at the Scottish Parliament, wherein First Minister Nicola Sturgeon announced the establishment of a "Standing Council of Experts" to advise on how best to proceed on Scotland's relationship with Europe.

First Minister Nicola Sturgeon told Parliament: "If we were to be removed from the EU, it would be against the will of our people. That would be democratically unacceptable."

Ms Sturgeon said that she had already had talks with the President of the Republic of Ireland Michael Higgins and the Taoiseach Enda Kenny. She said she had also spoken with the Mayor of London and Gibraltar's Chief Minister, and had been closely in touch with the heads of other administrations throughout the UK.

Ms Sturgeon announced the establishment of a Standing Council of experts to provide advice to the Scottish Government on how best to achieve its EU objectives:

"This Council will be made up of specialists on finance, economics, European and diplomatic matters and it will encompass a range of political and constitutional opinions. It will provide the government with access to a wealth of knowledge built up over years of experience.

Party leaders across the entire chamber of the Scottish Parliament were broadly supportive of the First Minister's desire to protect Scotland's EU status, although they were not united — necessarily — with regards the prospect of full Scottish independence, all except Patrick Harvie of the Scottish Greens.

Well, got to give it to Kez, didn't agree with everything she said but boy she tore Ruth & @ScotTories a new one — quite right too

Patrick: 2014 result is superceded. People voted No on a false prospectus. Many are reevaluating their vote.