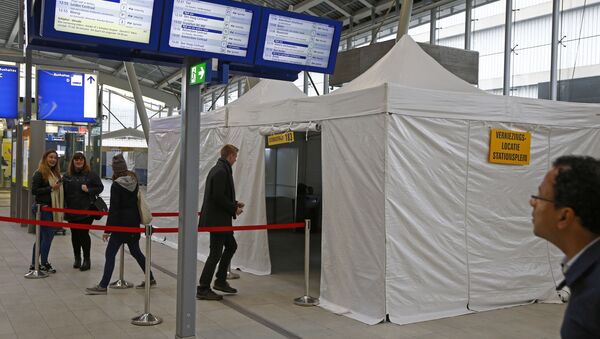 European Council will not discuss the result of the Dutch referendum on the EU-Ukraine Association Agreement, according to a EU source.

MOSCOW (Sputnik) — The EU leaders are not expected to make any decisions regarding the results of the Dutch referendum on the EU-Ukraine Association Agreement at the meeting of the European Council due to start later on Tuesday, a EU source told Sputnik.

"As this is the first European Council after the Dutch referendum the expectation is indeed that the Dutch PM will want to inform the other leaders about the results of the referendum and his own interpretation of the outcome. It likely to be an information point and no decisions are foreseen," the source said.

The European Union and Ukraine signed an Association Agreement in June 2014. It was formally ratified by all EU member states but the Approval Act for the ratification of the deal, adopted by the Dutch parliament in July 2015, has not entered into force yet. In April 2016, Dutch voters rejected the parliamentary decision to ratify the Agreement in a non-binding, advisory referendum.