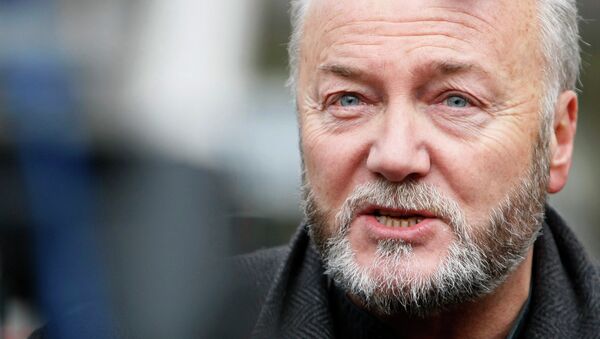 British politician, broadcaster, writer, and leader of the “Respect” Party George Galloway joins Radio Sputnik’s Loud & Clear to discuss the reasons and the reality of Brexit referendum, the political crisis in the Labor party, the probability of Scottish independence, and migration policy.
https://www.spreaker.com/user/radiosputnik/brexit-throws-markets-into-chaos

Speaking on the forces that led to the unexpected Leave vote, George Galloway notes that the main driving force for the Leave movement was labor workers, a demographic Labor Party leader Jeremy Corbyn took for granted.

"If Jesus had been the Labor leader calling for a "Remain" vote, he would not have been able to move the mass of working people who were beneficiaries of none of any supposed benefits of being in the EU, but had instead been the victims of the very real disadvantages," he says.

"The referendum divided the ‘haves' and ‘havenots,'" Galloway says.

The Labor Party's proper response to the referendum vote should have been to quickly state that the rights of workers should not be damaged by the terms of Brexit. Instead, the party is busy blaming its own leader.

Discussing the results of the referendum, namely the majority of Scots voting to remain, Galloway notes that a new independence referendum is unlikely.

"It doesn't make much sense to leave one union, where you got to elect your leaders, and stay in the other union, where you don't get to elect anybody at all. The idea of taking Scotland not just from Britain, but into the Eurozone, which has been a disaster for so many countries and millions of people, might not be all that attractive," he says.

"Scotland, which is geographically joined to England and Wales, [would] be a separate state, using the Euro, and therefore a real border will have to be created… Scotland, choosing its future with the people of Slovenia and Slovakia rather than the people of Britain and Wales — that's a far-fetched scenario."

On the immigration issue, Galloway notes that every country has a legal and moral obligation to take refugees. Especially the US and the UK, who, according to Galloway, are "responsible for creating most of these refugees by invading, occupying, and otherwise destroying the countries where these refugees are coming from."

But every country has the right to control its own immigration policies. According to Galloway, even the current situation in which Eastern European countries send their brightest people to Western and Northern Europe is leading to a mutual lose-lose situation, by both "decapitating" the countries of origin and depressing wages in the recipient countries.