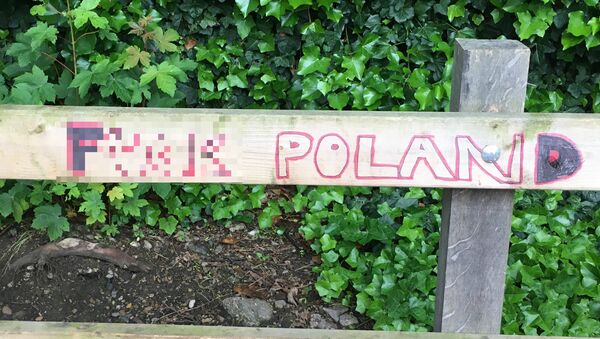 Mainstream media headlines have been dominated by an incident in West London, where racist graffiti was found on the entrance to a Polish cultural center in Hammersmith. However, it appears post-Brexit, anti-immigrant images are also popping up in other areas of London - and they're definitely not pretty.

Racism in London is no longer just a black and Muslim issue; as a result of Britain leaving the EU the Polish community in London has become the target of post-Brexit hate crime.

The explicit graffiti first appeared in Hammersmith in West London, when a Polish cultural center was damaged overnight.

This anti-immigration sentiment has spread to other areas of the capital, with graffiti appearing in South London, saying: "F*** Poland" and "Poland=d**kheads." 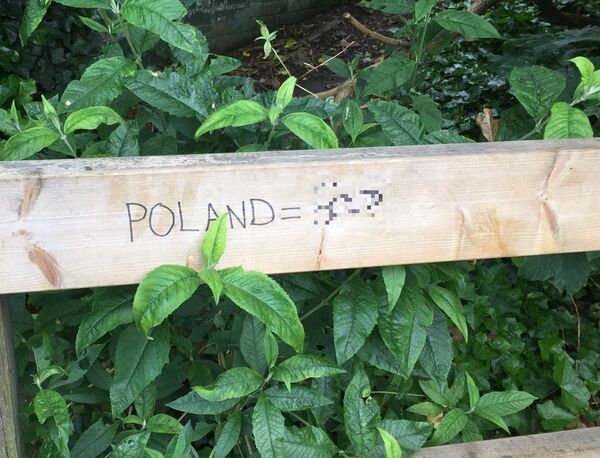 This emergence of racially motivated writing has come on the back of Britain voting to leave the European Union on Friday June 24, 2016. The Leave side won, with a majority of 51.9 percent, which was over a million more than the Remain camp.

Why the hell are the polish getting so much abuse in England right now? All hard working people in my experience

Authorities have spoken out against the racist graffiti seen in West London, with the Metropolitan Police already confirming that they will be investigating the incidents reported. The west London graffiti came as a shock and surprise, however the emergence of new graffiti in South London has led to further concern that Brexit is causing the immigrant population in Britain to feel even more isolated.

The Mayor of London, Sadiq Khan, on 24 June said that all immigrants are welcome in Britain, despite the countries break from the EU.

To every European resident living in London — you are very welcome here #LondonIsOpen https://t.co/rlm8TyzBG9

​It appears that others are also worried about the growing amount of racial abuse rising in the capital and elsewhere in the UK as a result of Brexit. On June 25, crowds gathered in Edinburgh and Glasgow in support of migrants, protesting against what they had seen as a "torrent of racism" during the referendum campaigns.

Meanwhile, in London, around 400 demonstrators marched to the headquarters of News UK, which publishes national newspapers The Sun and The Times, as part of a rally against "anti-immigration politics," whereas others gathered at the gates of Downing Street.

​The Polish embassy released a statement regarding the graffiti at the cultural center in London, "We are shocked and deeply concerned by the recent incidents of xenophobic abuse directed at the polish community and other UK residents of migrant heritage," the statement from the embassy read.