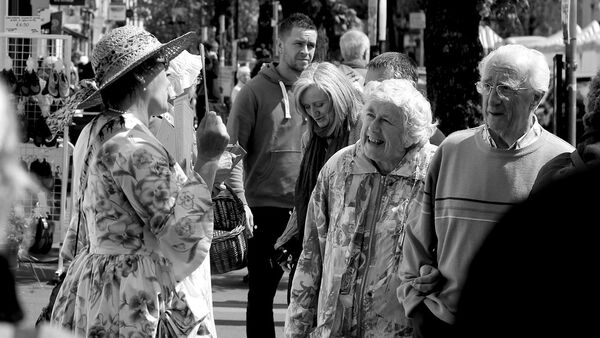 As the dust settles on the UK's EU Referendum vote, talk has turned to the breakdown of votes, and what exactly it all means. A new poll by Lord Ashcroft reveals what lay behind the decision Brits made at the ballot box.

One of the major factors — arguably the biggest — behind the Brexit vote was age.

Older #Brexit voters ignored the wishes of their children and grandchildren--who have to live with the consequences. pic.twitter.com/goCgBhVeHl

Younger voters were overwhelmingly more pro-EU than older voters — just 27% of 18 to 24-year-olds backed a Leave vote, in stark contrast to 60% of over 65s. This was mirrored in other polling, such as that by YouGov, which showed an even greater gulf between young and old voters.

From my 12,000-sample referendum day poll — how Britain voted: pic.twitter.com/IiDGCtB5Wi

Perhaps unsurprisingly, members of UKIP (96%) and the Conservatives (58%) were most likely to vote Leave, although all the major parties had at least 25% Euroskeptics in their ranks.

The parties which emerged as most pro-European were the Green Party and the Liberal Democrats. Of the major UK parties however, the Scottish National Party was most likely to back Remain (at 64%), although Labour voters made up the highest proportion of Remain voters UK-wide (39%).

In what is maybe the strongest indication yet that the Brexit vote was an overwhelmingly right-wing one, the Ashcroft poll compared voter preference with attitudes on issues like multiculturalism, social liberalism, feminism and the green movement. What the polling found, was that those who considered progressive issues to be a "force for ill" were massively more inclined towards a Leave vote.

More from my 12k referendum-day poll on how leavers and remainers see the world differently: pic.twitter.com/VgQ7Z6v9XK

How politically engaged are leavers and remainers? pic.twitter.com/NBEtNpEWfe

Political engagement seemed to be a factor in the result too — although the poll is open somewhat to interpretation — of those who claimed to pay "a great deal of attention" to politics, the vote was split 50/50, but those who said they paid "no, to a little attention" were much more likely to vote Leave (58%).