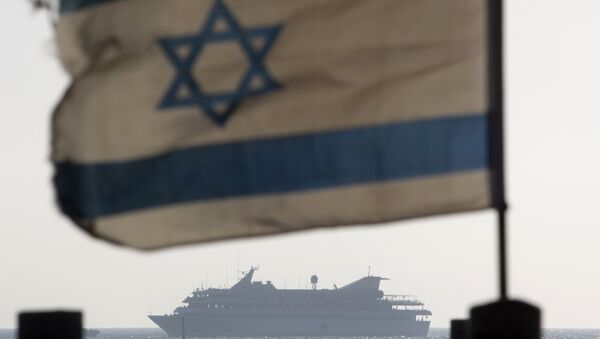 Netanyahu Thanks Biden for Support During Israel-Turkey Talks
MOSCOW (Sputnik) — A deal on the normalization of relations between Israel and Turkey will have a hugely positive impact on Israel's economy, Israeli Prime Minister Benjamin Netanyahu said Monday.

The agreement was announced by Israeli and Turkish officials on Sunday, after six years of mutual estrangement.

"[The deal with Turkey] has also immense implications for the Israeli economy, and I use that word advisedly … and I mean positive immense implications," Netanyahu said after meeting US State Secretary John Kerry in Rome, adding that the deal was "an important step."

Israel, Turkey Never to Restore Previous Level of Relations - Official
The footage of the two politicians meeting was made available on the Israeli leader's Twitter page.

Kerry, in his turn, welcomed the deal, saying that it is a "step we [the United States] wanted to see happen."