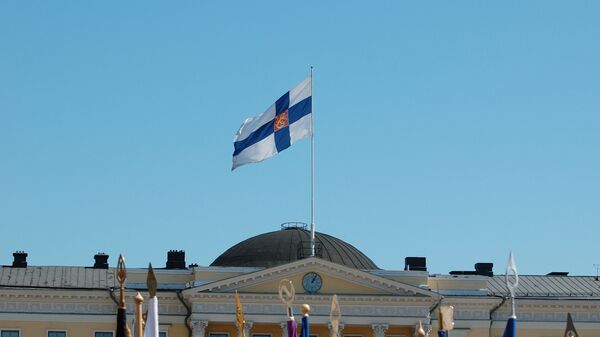 A petition to hold a referendum on Finland's membership in the European Union has been launched by the country's nationalist Finns Party, gathering over 10,000 signatures so far, local media reported.

MOSCOW (Sputnik) — Launched by Finns Party youth organization chairman Sebastian Tynkkynen, who had earlier welcomed the results of Thursday's Brexit vote in the United Kingdom, the petition has so far gathered one fifth of the number of signatures required before it can be considered by the country's parliament, the Yle public broadcaster reported.

The European Union has caused chaos in Europe, Tynkkynen said, stressing that Finland needs a Brexit-style referendum to "become free," according to the broadcaster.

​In April, the Finnish parliament debated on whether the country should leave the Eurozone. The debate took place after a petition calling for the country to hold a referendum on abandoning the euro gathered over 50,000 signatures.