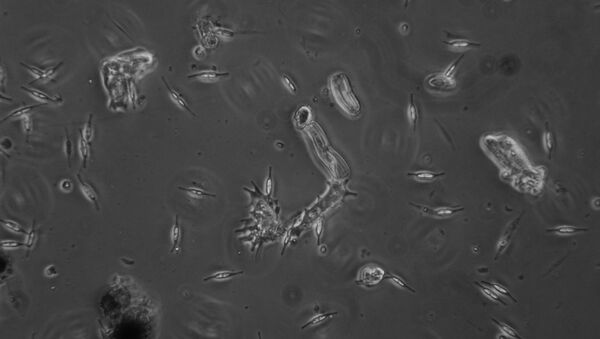 © Flickr / Jasper Nance
Subscribe
International
India
Africa
A teenager died after contracting a brain-eating amoeba in a national park in North Carolina, causing officials to close the area to attempt to clean the water of parasites.

An Ohio teen was visiting the US National Whitewater Center in Charlotte where she went swimming and contacted Naegleria fowleri amoeba which, officials believe, went up her nose. She later died. This week, the Whitewater Center was closed as a precaution to the public.

Chlorine Burn Begins in Louisiana to Eliminate 'Brain-Eating Amoeba'
"The U.S. National Whitewater Center (USNWC), after discussion with the Centers for Disease Control (CDC) and local health officials, has decided to temporarily suspend all whitewater activities effective immediately. This decision was made by the Whitewater Center after initial test results found Naegleria Fowleri DNA was present in the whitewater system," the Whitewater Center said in a statement on their website. "The USNWC is working with the CDC and local health officials to develop next steps. Only whitewater activities are suspended. The USNWC remains open for all other operations and activities."

The Naegleria fowleri amoeba, which is able to infiltrate brain tissues and cause a potentially lethal infection, was detected during the investigation into the cause of the teenager’s death and in the water where she was swimming.

Naegleria fowleri infections are rare with fewer than 10 cases in the US for more than 50 years. The amoeba is often found in warm, freshwater lakes during the summer month.

The Whitewater Center is now being treated with filtration, UV radiation and some chlorine, officials say.