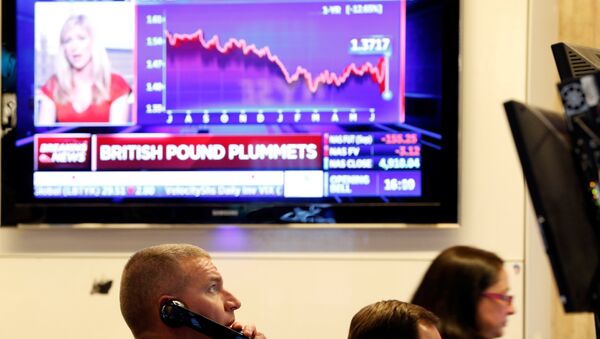 Federal Reserve Ready to Provide Dollar Liquidity After Brexit
WASHINGTON (Sputnik) — Dow Jones Industrial Average futures were down some 500 points, or about 3 percent, while futures for Nasdaq-100 index lost about 180 points or some 3.7 percent. In addition, the S&P 500 futures dropped about 50 points, which amounts to some 2.5 percent.

On Thursday, the United Kingdom held a referendum to determine whether or not the country should leave the European Union. According to the final results, 51.9 percent of voters, or 17.4 million people, decided to support Brexit.